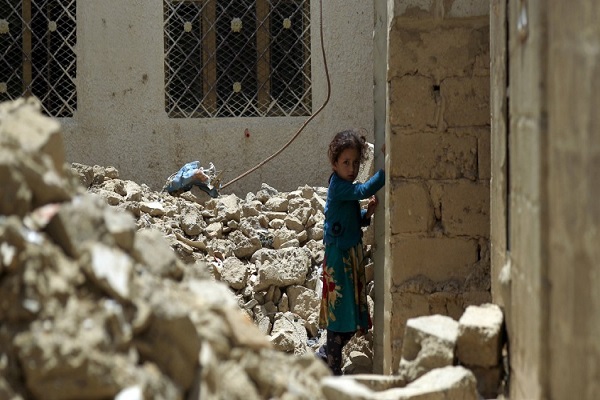 Yemen’s al-Masirah television network reported that the Wednesday attack was on Alrko area in the border district of Monabeh in the northwestern province of Sa’ada.

The US-based Armed Conflict Location and Event Data Project (ACLED), a nonprofit conflict-research organization, estimates that the Saudi-led war has claimed more than 100,000 lives since March 2015.

Saudi authorities have been banning hundreds of Yemenis, including women and children, from returning to their home country “under false pretexts,” Saudi Leaks reported on Wednesday.

The news website referred to a report by the Geneva-based SAM rights organization, which highlighted the suffering of hundreds of Yemenis who have been banned from entering their country through al-Wadia, the only remaining border crossing between Yemen and Saudi Arabia.

The organization said in a statement on Tuesday that it “observe with concern” the ban, which it said has been imposed by the Saudi authorities since a Yemeni military authority loyal to former President Abd Rabbuh Mansour Hadi asked them not to allow any Yemeni expatriate who owns a four-wheel-drive vehicle from entering Yemen over the allegation that it could be sold to the national salvation fighters.

The rights group said the Yemenis who intended to spend Ramadan in their country were surprised by security forces at al-Wadia banning the 4x4 vehicles coming from the Saudi territories after they passed the crossing. The owners of those vehicles were subjected to blackmail.

According to SAM, tens of families are still stranded at the border crossing. Some of the travelers have been forced to sell their cars at a very low price so that they could enter their country.

The group highlighted that the freedom of movement is guaranteed under the Universal Declaration of Human Rights and the International Covenant on Civil and Political Rights.