General
News ID: 3474492
TEHRAN (IQNA) –  Hezbollah’s secretary general in a message to the Leader of the Islamic Revolution expressed condolences over the demise of Deputy Chief of the IRGC Quds Force General Mohammad Hejazi. 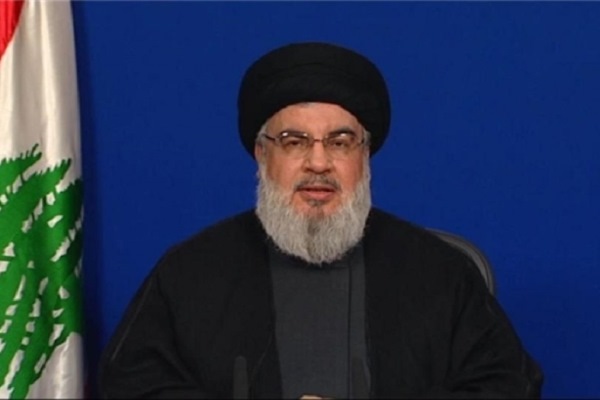 In the message to Ayatollah Seyed Ali Khamenei, Seyed Hassan Nasrallah said the death of the senior commander was a big loss.

“I offer your eminence, on behalf of me and my brothers and sisters in Hezbollah, condolences over the demise of this prominent Jihadi commander and dear brother Brigadier General Mohammad Hejazi.

“We were saddened by the surprise demise of this dear commander who passed away as he was at his maximum Jihad and at a time when the Axis of Resistance is in need to his honored presence,” Nasrallah added.

He Hezbollah chief praised the IRGC commander as the “loyal brother and friend of great martyr Lt. Gen. Qassem Soleimani, especially in the last years which were tough and decisive for the life of our peoples, region and Resistance.”

He also offered condolences to the “sincere soldiers” of the IRGC and Quds Force, as well as to Brigadier General Hejazi’s family, asking Allah to “save the honored presence” of Imam Khamenei “as a leader of this Ummah (nation) and a hope for all those oppressed in the world.”

General Mohammad Hejazi passed away on Sunday after years of suffering from the effects of chemical weapons used during the Iraqi war of the 1980s on Iran, IRGC spokesman Ramazan Sharif said.

“This honorable martyr had been exposed to chemical agents during the Sacred Defense and had been suffering from the effects. He also contracted the coronavirus a few months ago, from which he recovered,” Sharif said Monday.

“A medical commission that formed yesterday at Baqiyatallah Hospital identified the cause of the martyrdom as the chemical effects,” he added.

Gen. Hejazi, 65, was a veteran of the Iraqi war under former dictator Saddam Hussein on Iran, which lasted eight years. After the war, he served as the commander of Iran’s Basij volunteer force for ten years and as the deputy commander of the IRGC for a year.