General
News ID: 3474584
TEHRAN (IQNA) – The Zionist regime’s police use drones to teargas Palestinians in the wake of clashes in Jerusalem al-Quds that have spilled over into the occupied West Bank and the besieged Gaza Strip. 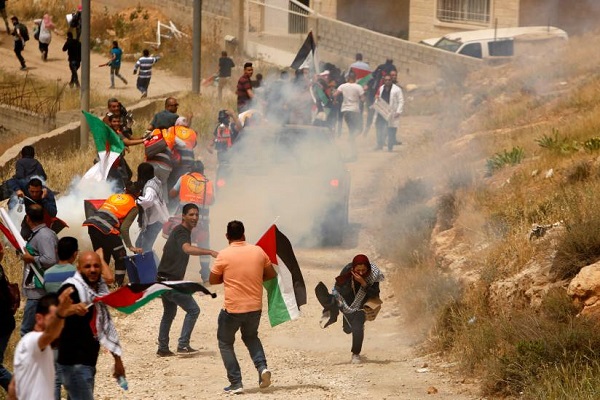 The Haaretz newspaper reported on Wednesday that the police last week approved the use of drones loaded with tear gas grenades on a wider scale.

The paper said the drones were used during a protest rally by Palestinians near Rachel’s Tomb, just outside the West Bank city of Bethlehem.

The unmanned aerial vehicles were also used during a similar demonstration near the Qalandiya checkpoint in north Jerusalem al-Quds.

Each drone can reportedly drop between six and 12 canisters.

Such drones were first used against Palestinians during the 2018 protests at the Gaza border.

In March 2019, a United Nations fact-finding mission found that Israeli forces committed rights violations during their crackdown on Palestinian protesters in Gaza that may amount to war crimes.

Israeli Police Commissioner Kobi Shabtai previously said “beyond reducing risks to our forces, it [using the drones] enables us to reach places we couldn’t reach before.”

Locals, however, say the drones do not operate as precisely as the Israelis claim, and that canisters are dropped on uninvolved people.