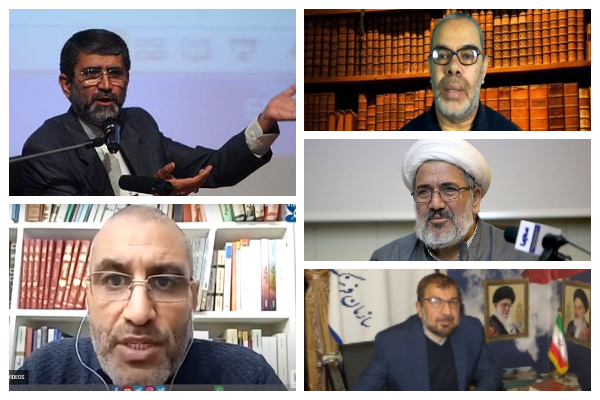 Fawzi Alawi, a Tunisian scholar and researcher and director of the country’s Scientific and Cultural Institute, made the remark in a webinar held at the first virtual Quran exhibition of the Islamic Republic of Iran.

The webinar featured a book titled “Iran and the Quran: Iranians’ efforts to Serve the Quran Before and After the Islamic Revolution” written by Tunisian scholar Noureddin Abu Lahya.

Mahmoud Vaezi was the webinar moderator and other speakers included the writer, Mahdavi Rad, a Tehran University professor and Quran researcher, and Seyed Jalal Miraqaei, Iran’s Cultural Attaché in Algeria.

The 614-page book “Iran and the Quran: Iranians’ efforts to Serve the Quran Before and After the Islamic Revolution” was published online in Algeria in October last year.

Abu Lahya said he wrote the book to dispel wrong assumptions about the Islamic Republic and show the status of Iran in Quranic sciences and the field of Quran interpretation.

He hailed the contribution of Iranians to the field, referring to Allameh Tabatabaei’s Al-Mizan Quran Exegesis, and interpretations by Tabari, Fakhr Razi and Qomi as some of the leading Quran interpretation works written by Iranians.

Fawzi Alawi in his remarks said Abu Lahya’s book elaborates on Iranians’ services to Islam and the Quran.

Alawi also said there is need in North African and Arab countries to know more about the Islamic Republic of Iran’s Quranic revolution and its efforts to promote the Quranic culture.

Translations of Books on Islamic Unity to Be Unveiled in Tehran

Egyptians to Go on Umrah Pilgrimage Again as of Wednesday