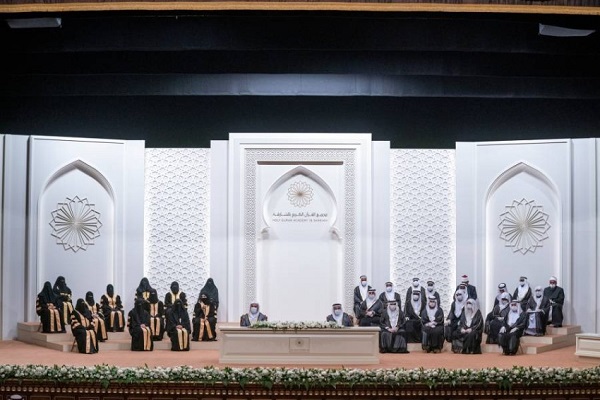 According to alroeya.com, the University of Sharjah hosted the graduation ceremony attended by Sultan bin Muhammad Al-Qasimi, the ruler of Sharjah.

The program started with Quran recitations by the graduate Qaris, and by Ayad Muhammad Yusuf and Muhammad Nabil Hamid.

Addressing the program, Al-Qasimi said that the online Quran recitation center of the assembly is training Qaris from more than 125 countries.

The first group of the students included 87 male and female Quran reciters who have mastered Quran recitation in different styles and received certificates from the ruler of Sharjah.