General
The link was copied
News ID: 3475293
TEHRAN (IQNA) – The Kaaba cloth (Kiswa) was replaced on Sunday night, a process administered by the staff of the General Presidency for the Affairs of the Grand Mosque in Mecca and the Prophet Mosque in Medina as per the annual tradition. 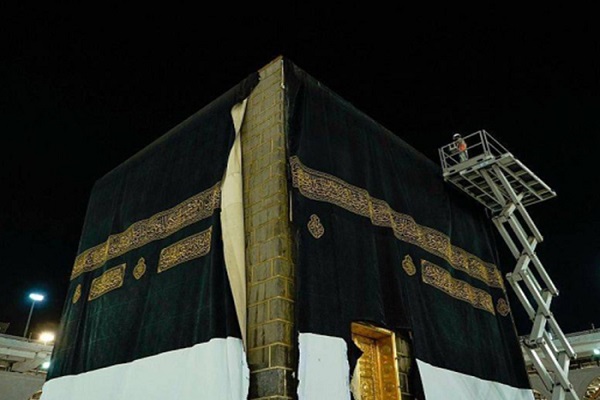 Each of the four parts of the Kiswa was separately raised, in preparation for stretching it on the old side.

The cloth is made of 670kg of high-quality silk, 120kg of gold threads, and 100 kg of silver threads, the SPA news agency reported.

As many as 200 craftsmen were employed to produce the black curtain at King Abdulaziz Complex for Holy Kaaba Kiswa, according to Deputy Head of the General Presidency for the Grand Mosque Affairs Saad bin Mohammad Al-Mohaimeed. 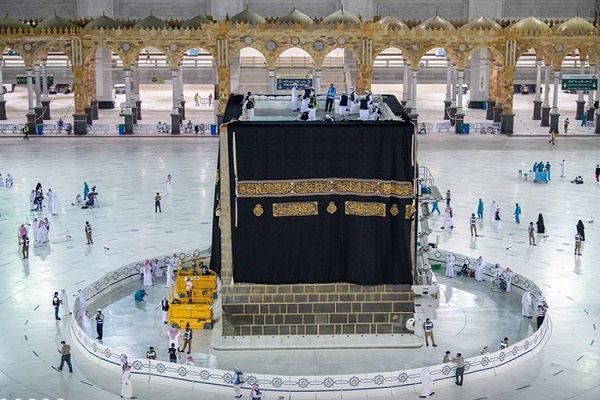 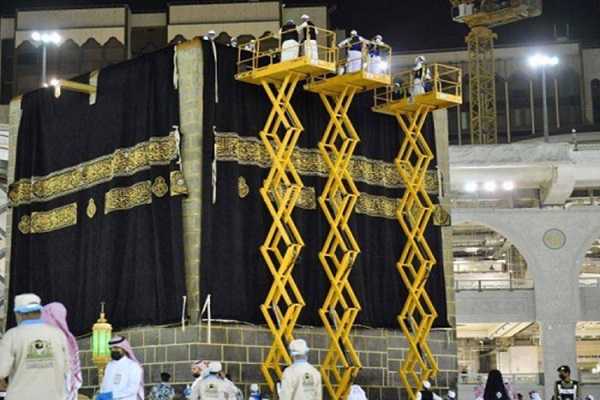