US Inability to Act against Pakistan A Major Factor in Taliban Victory: Scholar

General
The link was copied
News ID: 3475586
TEHRAN (IQNA) – The US inability to act against Pakistan, which was prime actor for the survival of the Taliban for two decades in the sanctuaries and cities like Quetta and Peshawar, was the factors that played a major role in ensuring the Taliban’s return to power in Afghanistan, a scholar said. 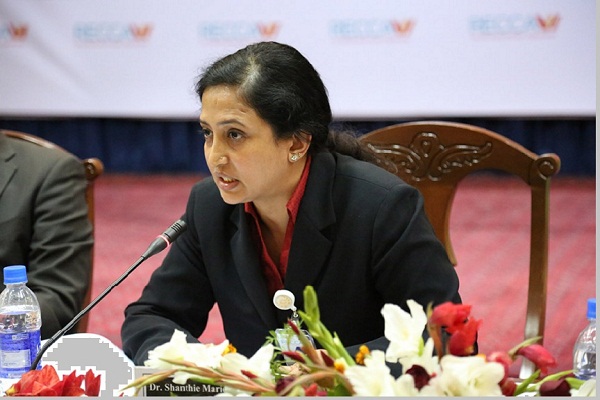 Endemic corruption did play a role in damaging the legitimacy of the government and international community and played into the narrative of the Taliban but there are many other factors and bigger factors at play, Professor Shanthie Mariet D’Souza told IQNA in an interview.

Her most recent editing and publishing work includes Countering Insurgencies and Violent Extremism in South and South East Asia, Afghanistan in Transition: Beyond 2014, Perspectives on South Asian Security, and Saving Afghanistan. Her works on Afghanistan and India have also been published in international peer reviewed journals and The Europa Regional Surveys of the World, Europa World Year Book, and Encyclopedia Britannica.

IQNA: In recent days, the security situation in Afghanistan has been very volatile despite the Taliban's promises of security and peace, as evidenced by the recent bombings at Kabul airport. Why do you think the Taliban have failed to establish security in Afghanistan?

D’Souza: In spite of the rapid capture of power, Taliban military domination is mostly on the civilian population. Its consolidation of power over the entire country may take months and even years.

At the moment, it lacks the wherewithal to prevent groups like the Islamic State from operating. The complex web of linkages it shares with Daesh (ISIL or ISIS) makes it difficult to stop Daesh activities and attacks like what occurred in Kabul airport. Moreover, the Taliban takeover has emboldened other terrorist groups to step up attacks inside Afghanistan and the region.

IQNA: Many believe that the withdrawal of the US military from Afghanistan led to the rise of the Taliban. What do you think about this?

D’Souza: Taliban was militarily strong even before the US withdrawal. It was controlling several districts in Afghanistan and had set up shadow governments. The US withdrawal resulted in a major security vacuum, which the Afghan National Security Forces (ANDSF) were unable to fill. The real story behind the dramatic and rapid fall of several provinces including Kabul occurred incrementally. The sanctuaries and safe houses the Taliban had inside Pakistan helped Taliban to regroup, rearm and carry out attacks inside Afghanistan for more than a decade. The US-Taliban peace agreement of February 2020 facilitated the Taliban capture of power in providing legitimacy and opportunity with US troop withdrawal.

IQNA: At a recent Taliban news conference, we witnessed the group's statements and claims about change of its policies on social issues. Some believe that this is just a pretense to gain public trust. What do you think?

D’Souza: The international community wishes to see peace and stability in Afghanistan. The Taliban, which needs international recognition and legitimacy, realizes that it is at the cusp of being recognized as a responsible inheritor of power.

By unleashing a regime of revenge and bloodshed against the elements of the previous government and women, Taliban may damage the prospect of being accepted. So its statements are directed at presenting itself as a moderate, reformed entity, although at the ground level in the provinces the group’s cadres have reportedly started implementing harsh measures on the civilian population particularly women who are beaten and forced into marriages and human trafficking.

IQNA: Widespread and organized government corruption has been cited as a factor in the Taliban's victory in Afghanistan. How effective do you think its role was?

D’Souza: Endemic corruption did play a role in damaging the legitimacy of the government and international community and played into the narrative of the Taliban.

Similarly, corruption in the security sector would also have limited the ANDSF’s capacities. But to blame corruption alone would be wrong. There are many other factors and bigger factors are play to ensure the Taliban’s return.

Among the factors, I would rank the US inability to act against Pakistan, which was prime actor for the survival of the Taliban for two decades in the sanctuaries and cities like Quetta and Peshawar, as the highest.  Secondly, the nature of the international intervention provided the scope for corruption and patronage systems in Afghanistan.

Not much was done in terms of institution building and accountability measures inside Afghanistan with the result most of the international aid did not make desired impact creating a problem of credibility for the Afghan government.

IQNA: We are currently witnessing some anti-Taliban movements in parts of Afghanistan and the formation of resistance groups. To what extent do you think these groups can resist the Taliban?

D’Souza: These movements are small, isolated and mostly symbolic. These are unlikely to succeed for long without international backing, which unfortunately won’t be available.

The resistance movement in Panjshir though legitimate as the Vice President Amrullah Saleh and Masoud have raised the flag of resistance, too has severe logistical limitations and may not be able to withstand an encirclement and blockade strategy of the area by the Taliban unless aided by the international community.

IQNA: How do you think the current situation in Afghanistan will affect the region and neighboring countries?

D’Souza: Two scenarios would be important to watch out for. First, the nature of government the Taliban forms is important. If it is an inclusive government, which assures and protects the continuity of international engagement with Afghanistan, it will calm the nerves of lot many countries temporarily.

Second, if the Taliban chooses to impose a totalitarian regime with strict (extremist) law on Afghanistan and decides to pursue a policy of attrition, domestically as well as internationally, that will lead to intense powerplays among the regional actors for influence over Afghanistan. Instability in Afghanistan and the policy of the Taliban on global terrorism with linkages to Al Qaeda can have serious implications on the regional countries.

Either way, in the coming weeks and months, Taliban would discover the intricacies and difficulties of consolidating its control over the country and governing it.