Taliban Yet to Name Government As Panjshir Resistance Holds

General
The link was copied
News ID: 3475624
TEHRAN (IQNA) – Fresh fighting was reported Saturday between the Taliban and resistance forces in Afghanistan's Panjshir Valley, even as the Taliban finalize a new government that will set the tone for their rule. 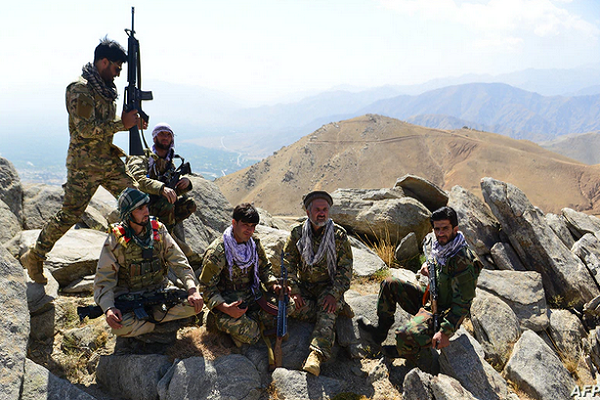 Facing the challenge of morphing from insurgents to rulers, the Taliban appear determined to snuff out the Panjshir resistance before announcing who will lead the country in the aftermath of Monday's US troop withdrawal, which was supposed to end two decades of war.

But Panjshir, which held out for nearly a decade against the Soviet Union's occupation and also the Taliban's first rule from 1996-2001, is stubbornly holding out.

Fighters from the so-called National Resistance Front (NRF) -- made up of anti-Taliban militia and former Afghan security forces -- are understood to have stockpiled a significant armory in the valley, around 80 kilometers (50 miles) north of Kabul and guarded by a narrow gorge.

Celebratory gunfire rang out in the capital Kabul overnight as rumors spread that the valley had fallen, but the Taliban made no official claim Saturday and a resident told AFP by phone that the reports were false.

The Emergency Hospital in Kabul said two people were killed and 20 wounded by the salvos, as the Taliban tweeted a stern admonishment warning its fighters to stop.

"The weapons and bullets given to you are public property. No one has the right to waste them. The bullets can also harm civilians, don't shoot in vain."

"The situation is difficult, we have been under invasion," Saleh said in a video message.

"The resistance is continuing and will continue," he added.

Taliban and resistance tweets suggested the key district of Paryan had changed hands several times in the last few days, but that also could not be independently verified.