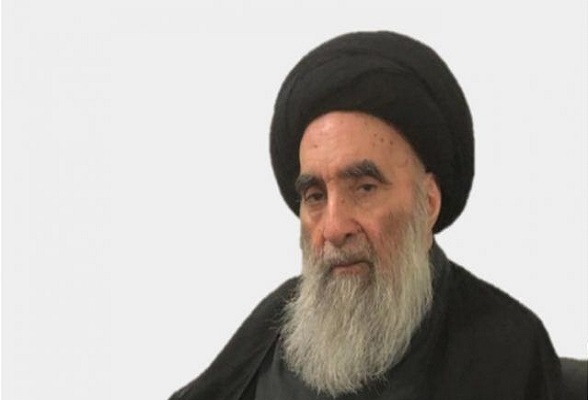 In a message released by Ayatollah Sistani’s office, the cleric offered condolences to the people of Afghanistan, especially the families of the victims, and prayed speedy recovery for those wounded in the terrorist attack.

Ayatollah Sistani regretted that some Muslim countries and the world community have abandoned the defenseless people of Afghanistan and left them exposed to such heinous crimes by extremist and ruthless groups.

He urged the Afghan people to maintain national unity and take steps to prevent recurrence of such tragedies in mosques and public gathering.

Ayatollah Seyed Mohammad Taqi Modarresi, another senior Iraqi cleric based in the holy city of Karbala, also censured the terrorist attack, calling on the international community to take measures to put an end to such brutalities.

Daesh (ISIL or ISIS) terrorists attacked the mosque in the northern city of Kunduz on Friday in a suicide bombing while people were holding Friday prayers. Some 100 people have lost their lives and the death toll is expected to rise as some of the injured are in critical conditions.

Since the Taliban took power in Afghanistan, the Daesh’s branch in the country has ramped up attacks.