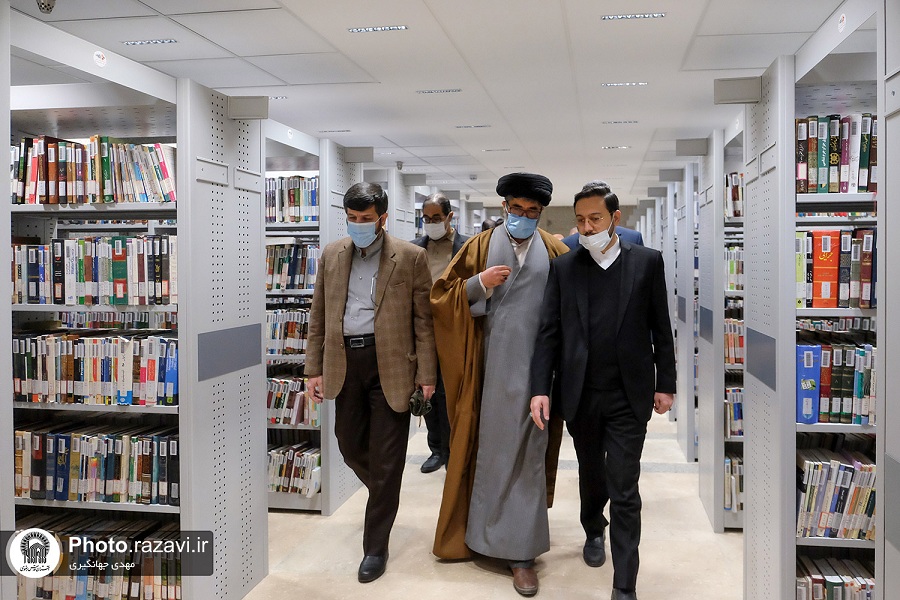 Hoj. Seyyed Jalal Hosseini, head of the Organization of Libraries, Museums and Documents of Astan Quds Razavi, the body in charge of the holy shrine, made the announcement in talks with the visiting president of Zeynebiye Association of Turkey, Seyyid Seccad Karakus.

Stressing that AQR’s central library is among the most iconic and persistent cultural and scientific identities throughout the country, region and the Islamic world, Hosseini noted that 10 major mosques would be equipped with the digital studying capability as a first step to give mosques in Turkey access to the database on Imam Reza (AS).

Further in his remarks, he referred to pursuit of science, promotion of knowledge, and special attention to spirituality and morality as driving forces towards a new Islamic civilization and called libraries and universities the backbone in that respect.

For his part, the president of Zeynebiye Association showed great interest in the treasury of Quran and the precious data-x-items of the Central Museum of AQR, adding “the central museum is considered a priceless cache as it showcases copies of the Holy Quran, some dating back to more than a thousand years, and some manuscripts ascribed to the holy Imams. They illustrate the evolution of inscription from Kufi to present day”.

Expressing astonishment over the enormous number of printed references in various fields and wide range of facilities provided to people, Karakus lauded AQR for its measures in gathering and safekeeping the invaluable manuscripts.

He concluded that AQR’s Organization of Libraries is indispensable in promoting Ahl-ul-Bayt’s culture, particularly Imam Reza’s life and conduct.