General
News ID: 3477179
TEHRAN (IQNA) – Malaysian authorities have decided to suspend Umrah trips as dozens of returnees from Saudi Arabia have tested positive for Omicron variant of the COVID-19. 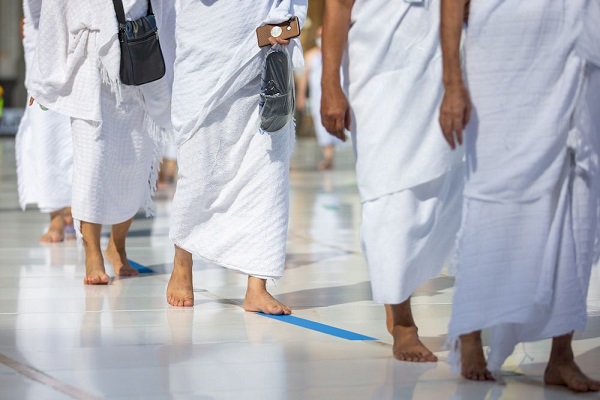 The Health Ministry today announced an indefinite halt to all Muslim pilgrimages to Saudi Arabia from January 8 after hundreds who returned to the country following their umrah were infected with Covid-19.

The suspension affects all new flight bookings for umrah from today.

This, he said, made it difficult for the pilgrims to comply with standard operating procedures (SOP) set by the Malaysian government.

He cited a total of 966 out of 1077 Covid-19 samples obtained from international travellers between December 21 and December 29 last year had displayed “presumptive Omicron” after screening by the Institute for Medical Research (IMR).

Of the 966 samples, Khairy said 750 or 77.6 per cent involved samples obtained from travellers arriving from Saudi Arabia.

“This temporary postponement in umrah activities is expected to help reduce the risk of Omicron infections within the country and decelerate the rise of Covid-19 cases.

“Moreover, this move would also provide the opportunity and room for the government to carefully plan and prepare in the management of umrah pilgrimage before they are allowed to resume once again,” he told a press conference here.

To date, a total of nine clusters involving umrah pilgrimage have been identified with five of them having been confirmed as Omicron variant index cases.

According to Khairy, there is almost 100 per cent certainty that cases flagged as presumptive Omicron from RT-PCR tests will be confirmed as the new variant from genome sequencing.

“As you can see, it has spread among close contacts. We don’t know to what extent the community spread result is yet,” Khairy said.

He said that the infected overseas returnees had failed to follow home quarantine rules; instead of keeping themselves isolated, they had visited family members or neighbours, thereby exposing others to the virus.

He explained that the returning pilgrims could have been infected prior to leaving Saudi Arabia but tested negative during the virus’ incubation period.

“The number of arriving pilgrims, between 800 to 1,000 daily (using four special flights), also heightened the risk of imported Covid-19 and its Omicron variant into the country,” Khairy said.

He said several agencies in charge of umrah management held a meeting yesterday that was chaired by Senior Minister for Defence Datuk Seri Hishammuddin Husssein and decided on the suspension.

“I must perform my duties based on the data and statistics that have been presented. There is no Malaysian minister that wants to do this. I know how important this is, there are no Muslim ministers who wants to postpone the pilgrimage, but this is a serious matter, this is your life,” he said.

Khairy said pilgrims who are scheduled to travel to Saudi Arabia today until January 7 can proceed with their planned trip but will be quarantined at a government designated location upon their return.

Those returning to Malaysia from January 3 will also be required to self-isolate for seven days at a designated quarantine facility or at a hotel.

An individual will only be released from quarantine on Day Eight if there is no extension of quarantine and if the RT-PCR test on Day Five is negative.

Khairy had last week said that Malaysia is expected to see a surge in new cases involving the highly transmissible Covid-19 Omicron variant.

Back then, he said some overseas travellers who were given Home Surveillance Orders (HSO) had received visitors at home and inadvertently spread the virus to relatives and neighbours who were not undergoing quarantine, and unknowingly caused a proliferation in infection when they went to public places.

Omicron, or variant B.1.1.529 as called by the World Health Organisation (WHO), was designated a variant of concern (VoC) last November 26 after it was first detected in South Africa.

A VoC has been demonstrated to be associated with one or more of the following changes at a degree of global public health significance, such as increased transmissibility, increased virulence and decrease in effectiveness of public health and social measures.