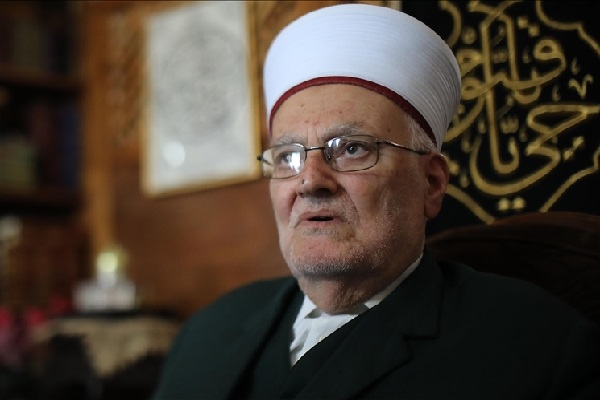 No information is yet available about the 82-year-old Muslim scholar’s health condition.

Sheikh Sabri is a staunch critic of the decades-long Israeli occupation of the Palestinian territories and was arrested several times by Israeli forces.

He previously held the position of mufti of Jerusalem and the Palestinian territories in 1994-2006.

The Israeli regime recently extended an imposed travel ban on Sabri. "The so-called Israeli interior minister has issued an order to ban Sabri from travelling outside the country for another four months, ending on 29 March 2022," the cleric's office said in a statement in late December 2021.

Sabri, 82, has described the Israeli decision as "unjust and inconsistent with the most basic human rights, and international agreements and laws."

The Israeli authorities previously arrested Sabri and prevented him from entering the Al-Aqsa Mosque compound for several months, after he publicly denounced what he described as the "occupation's violations against Palestinians."