General
News ID: 3477458
TEHRAN (IQNA) – A court in the occupied territories has stopped the planned demolition of a mosque in the East Jerusalem al-Quds neighborhood of Issawiya. 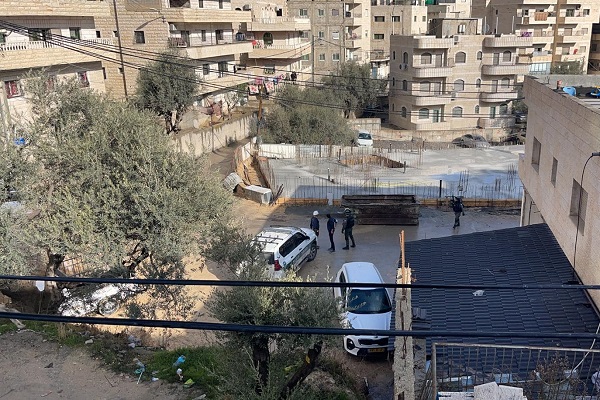 The Israeli Jerusalem District Court passed a ruling freezing the planned demolition of al-Taqwa Mosque in Issawiya, which lies on the eastern slopes of Jerusalem, until February 14.

The court has issued an initial ruling ordering a halt on the construction of the mosque on January 3 under the flimsy pretext of unlicensed building.

For the residents of Issawiyeh, a Palestinian village of some 20,000, Israeli police vehicles have become an everyday reality on the neighborhood streets, while police drones fly above – surveilling each move of the neighborhood’s residents.

Nestled in the hills of East Jerusalem, the village is plagued by poor infrastructure, residents are constantly harassed by the Israeli police and anyone, including children, run the risk of arbitrary arrest.

Rights groups have long pointed out that Israel’s discriminatory policies in East Jerusalem – which include routine home demolitions, discriminatory allocation of building permits, and the forceful expulsions of Palestinians from their homes for the benefit of Israeli colonial settlements – are aimed at driving out Palestinians from the city, and that Israeli court rulings are intended to serve as a veneer of legality to the ethnic cleansing of Palestinians.

With over 70 percent of Palestinian families in occupied East Jerusalem living below the poverty line, if life becomes too expensive, they have little choice but to move to congested Jerusalem neighborhoods on the other side of Israel’s separation wall or into the West Bank.

After Israel occupied East Jerusalem in 1967, Palestinians were not given Israeli citizenship, but were instead issued permanent residency permits, which can be revoked by Israel for a variety of reasons, including insufficient loyalty to the regime of Israel.