General
News ID: 3477529
TEHRAN (IQNA) – An Iranian academic says globalization and capitalism are the most important challenges that Muslim women are facing in Western countries. 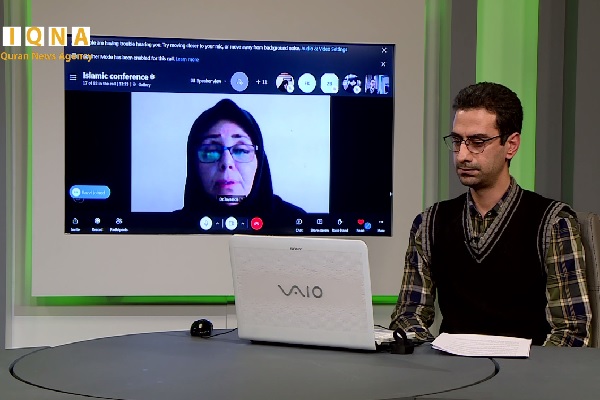 A webinar titled “Challenges of Muslim Women and Families in the West” was held here in Tehran with the participation of three scholars who discussed the topic from different points of view. The webinar was co-organized by the International Quran News Agency (IQNA), ICRO’s General Office of Cultural Cooperation and Expatriate Iranians Affairs, and the ACECR branch of Alzahra University.

Starting her speech, she pointed to a number of challenges that Muslim women in the West were facing in the past and some of them may continue to exist now.

The first challenge was dress code, she said, explaining, "In the West, hijab means depriving women of their freedom, While Islamic dress means protecting women from harm. We have to answer this question, what role does the type of Islamic dress and hijab play in the situation of women in Western societies?"

Religious discrimination was the next challenge, according to the professor, who added: "A study by Evans and Bowlbey (2000) on the employment status of Pakistani Muslim women living in the United Kingdom found that despite their high levels of education and employment, they were subjected to various forms of racial and religious discrimination." 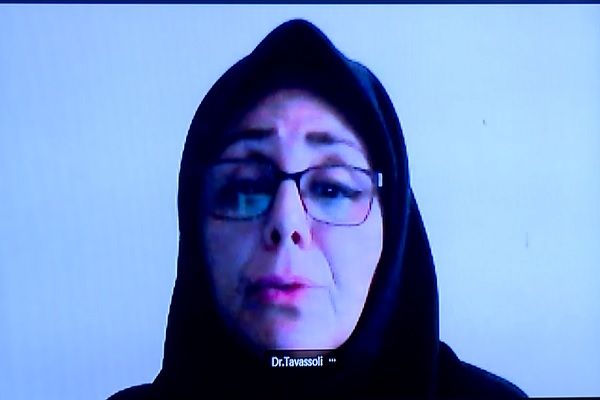 The third challenge was marriage as it is not easy for Muslims living in the West to find a suitable spouse and raise a family, she said, noting that part of the problem was due to an Islamic ban which says a Muslim woman cannot marry a non-Muslim man.

The occupation was another challenge as some offices prohibit wearing hijab and also because those Muslim women who are interested in jobs such as acting and working in the media may not be able to get the job they want in Western societies or it may be difficult to get it, added the professor.

"They may not be able to be active in the media because of hijab."

She went on to name public attitudes towards Muslim women as another challenge, pointing to memoirs of a Muslim female doctor whom people could not believe to be a doctor unless seeing her skills.

Tavassoli referred to education as the next issue, adding that the teachings Muslim women receive in schools or universities may conflict with their religious beliefs.

One of the challenges that a woman faces in her work is the challenge of her makeup for non-marital partners, she said, adding that it is not easy for a woman to hide her beauty or to avoid talking to men while working, especially when the work is simple and does not take much time.

She also touched upon the capitalist exploitation of women's bodies for its own benefits. "The attractiveness of the female body has become the most important advertising tool. Islam has given immunity and sanctity to the human body and all of it is considered a private part that cannot be revealed except with two hands and face. In the meantime, what should a Muslim woman do in the face of such a challenge? Women face a situation reminiscent of the era of white slavery. The Islamic society rejects any kind of prostitution trades and the use of women bodies as an advertising tool to promote goods."

Talking about current conditions, the professor said: "Today, the challenges of Muslim women in the West are very different than in the past."

She went on to say that the first, second, and fourth waves of feminism were somehow indifferent to Muslim women while the third wave rejected the hijab as a confirmation of patriarchy.  However, the fifth wave of feminism saw Muslim women as a group that need to be understood and be protected against racism, patriarchy, and capitalism. They believe in multicultural ideologies.

The use of an official sports hijab in competition, she maintained, dates back to July 2012 when the International Football Association Board (IFAB), custodians of the rules of soccer, overturned a 2007 ban which had argued that the hijab was “unsafe” for sportspersons as it could “increase” the risk of neck injuries.

While overturning the ban, the IFAB noted that there was nothing in “the medical literature concerning injuries as a result of wearing a headscarf.” The sports hijab is secured in place with magnets. If it does get pulled off, another cap remains underneath, to cover the sports person’s hair without causing any injuries, added the professor.

She went on to say that in 2012, Muslim athletes wearing the hijab received considerable media attention. Wearing the hijab set them apart from other Olympic athletes. Since then, several sports hijab companies—much before Nike’s pro hijab—have come to be in this business.

There were mixed reactions to Muslim female sports clothes as some applauded Nike's inclusiveness of Muslim women who want to cover their hair and some who accuse the company of abetting women's subjugation.

Consumerism is changing what it means to be modern and Muslim today, she said, quoting Vali Nasr, a Middle Eastern scholar, as saying “The great battle for the soul of the Muslim world will be fought not over religion but over market capitalism."

In an earlier piece, IQNA published the views of Dr. Hakimah Saghaye Biria on the topic. Comments of the next speaker, namely Syeda Umme Farwa will be published in the coming days as well.