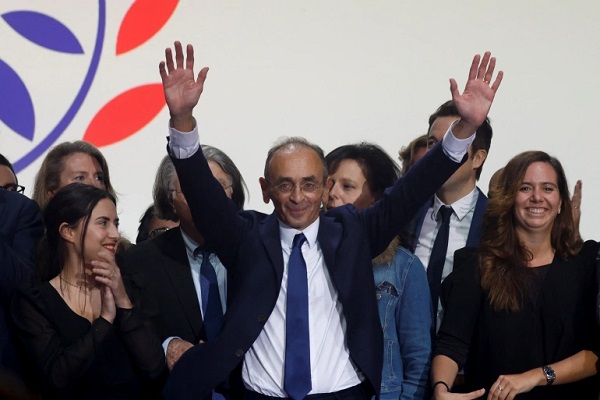 In a tweet, Zemmour pointed to some of his programs regarding Islam in France. He said we will ban the wearing of all clothing bearing Islamic symbols including the veil in public places and also ban building minarets and mosques, according to Al-Jazeera.

He has also pledged to ban Islamic movements including the Muslim Brotherhood.

Earlier, in an interview with France 2 TV Channel, the candidate said he would prohibit Muslims in France from giving the name "Muhammad" to their children, adding that a set of rules will be imposed for names given to Muslim children.

His stances against Islam have drawn backlash from netizens as well as Muslims in France who say his statements are reaching a dangerous level that could lead to the ignition of an ethnic war or expelling and displacing Muslims from the country.

Some activists believe in case Zemmour is elected, the condition for the Muslim community will get harsher and some may find leaving France as the sole solution.

53-year-old Zemmour is competing with Marine Le Pen in the National Rally Party. Some of the polls indicate Zemmour’s winning the initial race which will make him the major challenger of current president Emmanuel Macron in the election.