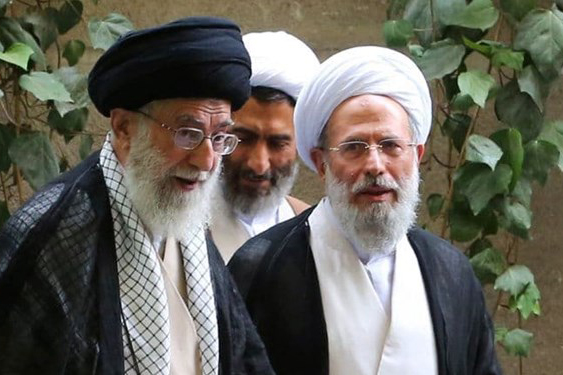 The senior cleric died at a hospital in Tehran early on Tuesday at the age of 75.

In a message, Ayatollah Khamenei noted that “For those who are aware of the piety, moral health and continuous endeavors of that revolutionary cleric, his demise is a bitter, sad loss.”

“The diversity of the activities of this godly scholar – in the fields of science, ethics, revolutionary activities, politics and administrative affairs, all of which were carried out with sincerity and purity – had turned him into a personage with few peers,” added the Leader.

Ayatollah Khamenei noted that he just seen “good and piety” from him, wishing that these “valuable traits” would bring him mercy and forgiveness.

He also expressed condolences to the family, friends, colleagues, students, and admirers of the late cleric.

Ayatollah Reyshahri was the custodian of the holy shrine of Hazrat Abdul Azim Hassani (AS).

He was born to a religious family in Shahr-e-Rey in 1946. After finishing elementary school, he attended a seminary in his neighborhood before departing for Qom Seminary a few years later. He became one of the senior lecturers at the center.

Reyshahri was also a revolutionary figure and was arrested several times by the Pahlavi regime’s intelligence system for his fights against the regime.

After the Islamic Revolution in 1979, he took several roles in the judiciary branch as head of different courts. He was the first intelligence Minister of the Islamic Republic in 1984.

Ayatollah Reyshahri was also a member of the Assembly of Experts in several periods.

Besides teaching in the Qom Seminary, he wrote more than 75 books focused on Islamic teachings. “Scale of Wisdom” and “The Elixir of Love” are two of his books translated into English.