In Praise of Two Teachers of Peace and Calm: A Muslim Faqih and A Buddhist Monk

General
News ID: 3478423
TEHRAN (IQNA) – Thich Nhat Hanh was a Vietnamese Buddhist monk who spent his life on the path of peace. 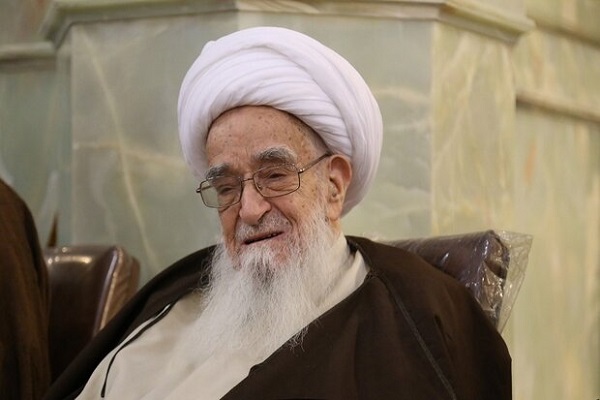 He would seek out peace through inner peace. He died a few weeks ago. After some time, Ayatollah Safi Golpayegani died in Iran. He should also be considered a spiritual teacher. Many liked his teachings and learned peace from him.

Religious author and researcher Seyed Hadi Tabatabaei has recently written a piece on the deaths of Ayatollah Safi Golpayegani and Thich Nhat Hanh, which is as follows:

(These) two people who (recently) closed their eyes in peace forever were spiritual teachers of humanity and lived a long life. One live for nearly a century and the other longer than that. They both reached a good and peaceful state of mind and helped others do so as well.

Thich Nhat Hanh, who was a Buddhist monk from Vietnam, spent his life on the path of peace. He strived to reach outer peace through gaining inner peace. He died a few weeks ago. After a short time, Ayatollah Safi Golpayagani died in Iran. He should also be considered a spiritual teacher. Many liked his teachings and learned the way of peace and calm from him.

Thich Nhat Hanh believed in Buddhism and said it should be refreshed for today’s humanity. He said humanity’s problem today is suffering and the way to handle it is through mindfulness.

He said peace of mind can be achieved through everyday activities. You should not seek peace by going after anything other than the world around you. You can reach spirituality even by drinking water. And that is when you pay attention to drinking water only at that time. Or when you walk, you should only pay attention to your steps only. He said every step you take is a kiss you give to the earth and a lily grows on earth from that kiss.

Thich Nhat Hanh wrote many books, whose names signify how he lived: “How to Sit”, “How to Eat”, “How to walk”, “How to fight”. He said each of these everyday activities can turn into a ritual: the ritual of drinking water, ritual of walking, ritual of sitting. This ritual saves you from suffering.

Now these two spiritual teachers have passed away. Maybe they were both after reducing humanity’s sufferings. One wanted all daily affairs to be performed in the way of rituals and the other paid special attention to religious rituals. If these rituals can help reduce pains and sufferings and bring about peace, they certainly can be helpful for today’s humanity. Whether these rituals become refreshed or remain in their traditional form, they can make both the great Muslim Faqih and the Buddhist monk popular if they help end a suffering.