TEHRAN (IQNA) – A footage has recently been shared in social media in which a teenage Sudanese qari recites the Quran in a local style. 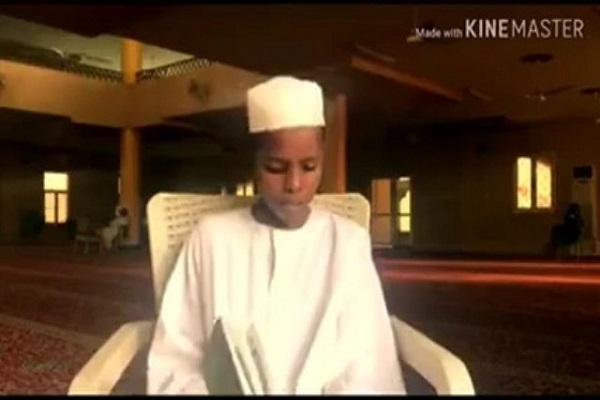 The recitation by the teenager, who is the son of late qari Sheikh Sheikh Nurin Muhammad Sidiq, has been hailed for its beauty.

Sidiq and three other Quran activists died in a car crash in November 2020.

He was a memorizer and Qari who recited the Quran in various styles and also served as the imam of a famous mosque in the Sudanese capital of Khartoum.

He took part in several international Quran competitions, including in Dubai and Malaysia, and won several ranks.

Following is his son’s recitation of the Quran: