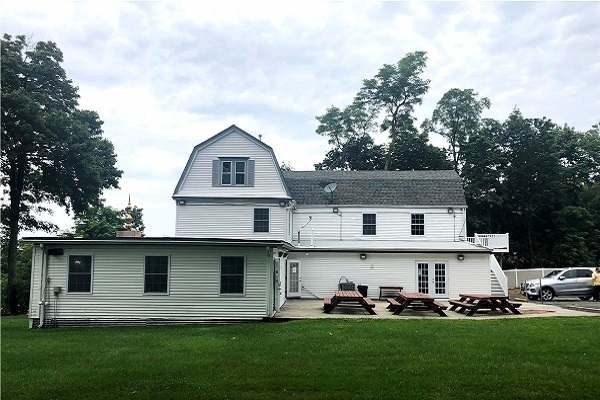 An explosive canister was thrown at the Masjid Fatima Alzahra Mosque's crescent sign around midnight Monday.

The crescent outside the mosque now has extensive burn marks.

The imam says he was inside the mosque on July 4 when he heard a loud noise after the final prayer of the day.

“I heard a big, big explosion like I thought it was a Fourth of July celebration,” says Ahmed Ibrahim.

Suffolk County Police Commissioner Rodney Harrison called the incident at the mosque a “hate crime” and says the department's Hate Crimes Unit and Arson and Explosion teams are investigating what happened.

“It seems like we have a couple of individuals get out of a car and put some type of incendiary device underneath the crescent,” Harrison says.

Ibrahim says the crescent is an important symbol that represents the Muslim faith and having it damaged is hurtful.

Suffolk police say the mosque building was not damaged, and no one was injured in the incident.

Harrison says he is confirmed they will find whoever is responsible for what he believes is a crime not only toward the Muslim community, but to all residents in Suffolk County.

The Muslim organization now calls for unity and welcomes the community to join in its Eid Celebration on Saturday.