General
The link was copied
News ID: 3479725
TEHRAN (IQNA) – An expert on international relation believes that the visit of US President Joe Biden to the West Asian region was aimed at speeding up the process of normalization of ties between the Israeli regime and some Arab countries. 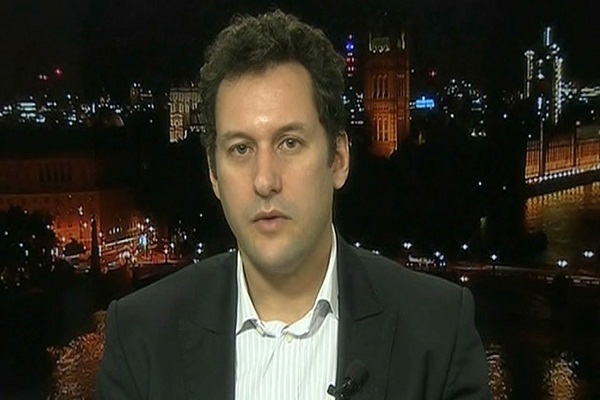 US President Joe Biden left Saudi Arabia on Saturday evening, ending his first Middle East trip after four days in the region. Speculations about the results of this trip and its effects have already started.

Many believe that in addition to issues such as the oil market and Iran, the issue of normalizing relations between Saudi Arabia and the Zionist regime was one of the most important topics that were raised during this trip.

To further discuss the issue, IQNA has reached out to Guy Burton, a Visiting Fellow at the LSE Middle East Centre and (as of January 2019) an Adjunct Professor of International Relations at Vesalius College in Brussels.

Dr. Burton's research interests are wide ranging. He covers comparative politics, international relations, the politics of development and public policy and has regional specialism in the Middle East and Latin American areas. Following his interview with IQNA about Joe Biden`s trip to the Middle East and its effects on the reign and US.

Here is the full text of the interview:

IQNA: In recent days, we witnessed Joe Biden's trip to the Middle East. In your opinion, what are Biden's main goals of this trip?

Burton: As Biden said in his Washington Post piece, he wants to boost the American presence in the region and shore up its relations with its allies and partners. He sees this as a way of redressing some of the doubts and skepticism that some of these countries' leaders have towards him personally and regarding American commitment to the region more generally.

IQNA: Some believe that the purpose of Biden's trip to Tel Aviv is a kind of green light for the Zionist regime to continue its expansionist policies against the Palestinians. What is your opinion?

Burton: If that happens, I don't think it's intended by Biden himself. His administration has been more inclined towards improving relations with the Palestinians than his predecessor and so he wouldn't condone the expansion of settlements in occupied territory. That said, I don't think the Americans are doing enough on the Palestinian issue.

It may be harsh to say this, but from the perspective of Washington and many of the capitals in the region, the Palestinian issue isn't as central any more. Instead, the focus is on the [Persian] Gulf and the rivalry between the Arab states and Israel with Iran.

Also, the normalization of the Abraham Accords between the UAE and Israel (and Bahrain, Morocco and Sudan) two years ago only show how much the Palestinians have been sidelined and the lack of consequences faced, either by the regimes that have reached agreement with Israel, or in the impact that it has had within the Israeli and Palestinian polities.

IQNA: It seems that Joe Biden's administration is seeking to accelerate the process of normalizing relations between Arab countries and especially Saudi Arabia with Tel Aviv. How true is this?

Burton: It would make things a lot easier if the situation between Israel and the Saudis were normalized from the American perspective. It would mean that what's currently a tacit and clandestine relationship (albeit a poorly kept one) would be out in the open and enable the US to align some of its policies in the region in a more coherent fashion (i.e. American, Israeli and Saudi disdain for Iran and a plan of action).

I suspect that normalization will happen. Probably not during this trip and maybe not even this year. But the momentum is there and it's being talked about enough in the media that it won't be such a surprise when it happens. That said, there are arguments made that the Saudi population won't accept such a move. To that I ask whether they would really take to the streets against a regime that has shown itself willing to go after individual dissidents in a robust fashion.

IQNA: Some believe that the Biden government is looking for the formation of a kind of Arab NATO in the Middle East to confront Iran, given the diminishing possibility of the US return to the JCPOA. What is your take on this?

Burton: There has been talks about this and also by Trump before: the so-called Middle East Strategic Alliance. So this isn't a new departure; there seems to be cross-party consensus on this matter that American regional allies and partners need to do more themselves to make the Middle East stable and safe. That said, pushing this agenda also compounds the impression that the US may be less keen to get across: that it appears less committed and diminished in the region.

I think that it's possible for the US to push the MESA agenda at the same time that administrations are taking different approaches towards the JCPOA. Under Trump it was clearer that the security proposal was an alternative to the JCPOA. For Biden, I suspect that he wants both but that if the JCPOA talks eventually fail, this may be a useful alternative. In short, I don't think the two are necessarily linked, if that's what you're asking.

IQNA: What effect does this trip have on Biden's popularity and the likelihood of the Democratic Party succeeding in the midterm elections in November?

Burton: I'm not sure that foreign policy plays such a major issue at election time as we think. Certainly, the Jewish lobby and diaspora Americans may well be influenced in part by Biden's performance in the Middle East, but I don't think that for most voters their eyes will be on what happens. They'll more be more concerned with what's happening at home, especially the cost of living, wages not keeping pace with rising prices, etc. Some Democrats have even suggested that the conservative, state-based turn in the Supreme Court's recent judgements (on abortion, guns and the environment) might be a way of turning out their base in mid-term elections where fewer votes usually turn out.

That said, despite what I say about foreign policy probably not being a central election issue, it does play into public perceptions of leaders' performance and competence. It's striking that Biden's popularity really fell into negative territory last summer, after he withdrew from Afghanistan.

Perhaps it was because he caught so many by surprise and it portrayed the US as in retreat. Against that though, it was likely that at some point the US would withdraw. It's been on the cards since Obama's administration and Trump also indicated less interest there; it's just unfortunate for Biden that the call came on his watch and with it the fall in polling.