TEHRAN (IQNA) – A number of Iranian qaris attending the Hajj pilgrimage as the Noor (light) convoy earlier this month, recited verses from the Holy Quran at the Cave of Hira near Mecca. 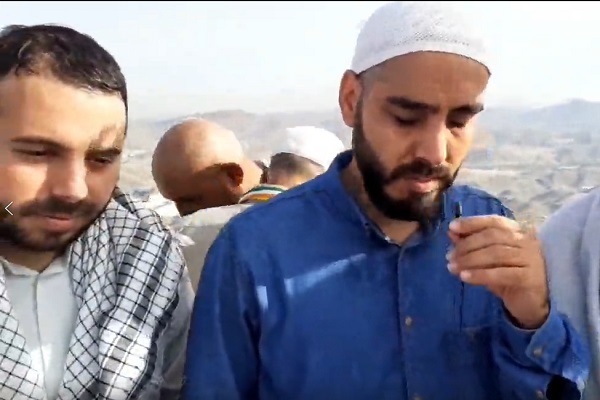 Hamid Reza Moqaddasi, Hadi Movahed Amin, Reza Golshahi, and Mehdi Saadatikia were among the qaris reciting verses from Surahs Al-Ma’idah, Al-Alaq, Al-Hashr, and At-Tawba, in front of the cave’s entrance.

Every year, Iran sends the Noor Convoy, comprising selected Quran reciters, memorizers and Tawasheeh groups, to Saudi Arabia during Hajj annually to perform Quranic programs in the holy cities of Mecca and Medina.

Jabal an-Nour (mountain of the light) is a mountain near Mecca in the Hejaz region of Saudi Arabia that houses the Cave of Hira.

The cave holds tremendous significance for Muslims throughout the world, as the Holy Prophet (PBUH) spent time in this cave meditating, and it is widely believed that it was here that he received his first revelation, which consisted of the first five verses of Surah Al-Alaq.