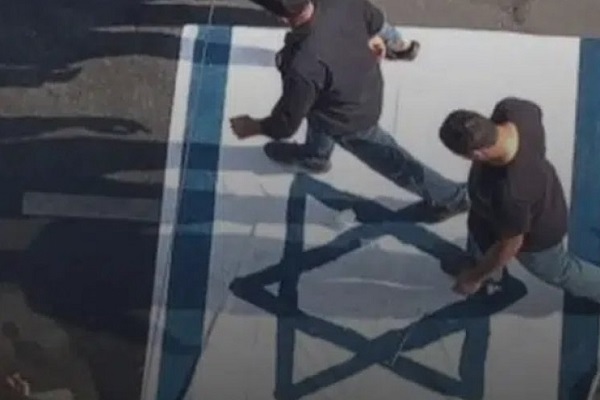 According to Al-Alam news network, the youths, who are from Diraz village on the northwest coast of Bahrain, stepped on a flag of the Zionist regime in solidarity with the Palestinian people and in condemnation of Israel’s recent deadly airstrikes on the Gaza Strip.

More than 40 Palestinians, including women and children, were killed in the Israeli attacks on the besieged coastal enclave last week.

Security forces called in the Bahraini youths after footage showing them stepping on Israeli flag was aired on a TV channel.

Bahraini opposition groups have described the move as another step by the Manama regime to force the people of the Persian Gulf Arab country to recognize the normalization of ties with the Israeli regime.

Last month, the Al Khalifa regime’s security forces cracked down on protests that erupted over a visit to the Arab country by the Zionist regime prime minister.

Bahraini people have held numerous demonstrations in the country over the past two years to protest the Al Khalifa regime’s decision to normalize ties with Israel through the so-called Abraham Accords, expressing their unswerving support for the Palestinian cause.

Bahrain, along with the United Arab Emirates, signed a normalization deal with the Tel Aviv regime in a ceremony hosted by former US president Donald Trump at the White House in September 2020.

Sudan and Morocco followed suit later in the year and inked similar US-brokered normalization deals with the occupying regime.

Palestinians slammed the deals as a treacherous “stab in the back” and a betrayal of their cause against the decades-long Israeli occupation of Palestinian territories.