General
News ID: 3480050
TEHRAN (IQNA) – Oman has reportedly rejected the request to allow Israeli airplanes fly through its airspace unlike the measure which was adopted by Saudi authorities. 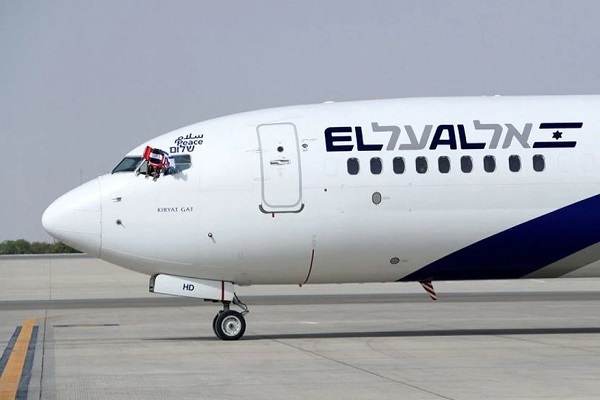 Citing Israeli media, RT reported on Wednesday that the Oman Sultanate had not yet given its consent to the opening of its skies to Israeli airlines.

Flights through Oman’s airspace can provide shorter aerial routes for Israeli planes to the Far East, according to the report.

“Oman’s approval is very much important and necessary [for Israel to pass through its territory] because, without its consent, flights using Saudi Arabia airspace cannot travel to the Indian Ocean and then to various destinations in the East,” the report said.

It added that in case Oman does not open its skies to Israel, flies “must pass through Yemeni airspace to fly eastward which is out of the question, due to the [Saudi] war in Yemen and the fact that Tel Aviv and Sana’a do not have any diplomatic relations.”

“Oman already has relationships with Israel, but has not allowed airspace access to the Israeli airlines,” the report stated, adding “the issue will be discussed politically and not by the airlines.”

Tel Aviv has stepped up its US-backed attempts to secure normalization with Oman, among other Persian Gulf Arab countries.

Last month, the Saudi General Authority of Civil Aviation (GACA) said in a statement that the country’s airspace was now open to all carriers, including those of Israel, following a trip by US President Joe Biden to the kingdom and the Israeli-occupied territories.

The statement tried to justify the move by claiming that it was in line with international conventions that say there should be no discrimination between civil aircraft.

Speaking to the French Le Figaro newspaper in late May, Omani Foreign Minister Badr al-Busaidi clarified that Oman will not go for open full-fledged normalization with Israel until the Palestinian issue is settled.

“Oman will not join the [Persian] Gulf countries that have announced the normalization of their relations with the Israeli occupation,” he said, adding that Oman “prefers initiatives that support the Palestinian people.”

In late 2020, the United Arab Emirates, Bahrain, Sudan, and Morocco became the first Arab countries in decades to normalize relations with Israel in a deal brokered by former US president Donald Trump.

Saudi Arabia tacitly supported the deals, but it did not openly normalize with Israel partly due to domestic considerations.

However, the kingdom is expected to jump on the bandwagon as the two sides broaden their interactions, despite Riyadh’s claims that it is committed to the 2002 so-called Arab Peace Initiative, which conditions normalizing ties with Israel on the establishment of an independent, sovereign Palestinian state within the 1967 borders.