Culture
The link was copied
News ID: 3480717
TEHRAN (IQNA) – After the era of modernity, the Muslim world could not reach an ontological, epistemological and anthropological system for living in the modern world. 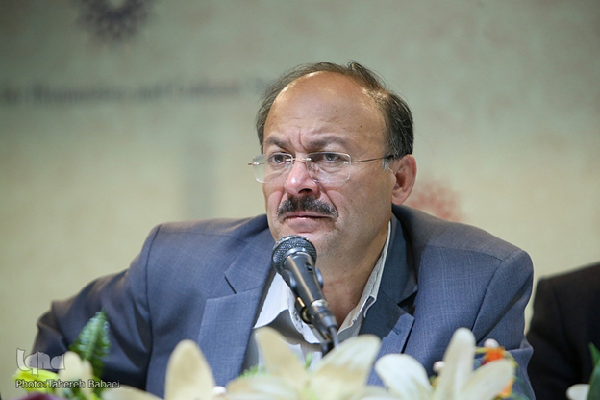 This is according to Iranian philosophy professor Bizhan Abdolkarimi, speaking at a forum on “Future of Islam in Iran”. At the forum, he discussed whether adopting new rationality and secularism would cause a distance from Islam. Excerpts from his speech at the forum are as follows:

I am in no way into nihilism and have never sought to eliminate spiritual matter from the world. I have never been after eliminating Islam, but rather seek to remind those who love Islam about what qualities life has in today’s lifeworld.

When we talk about the future of Islam, the first questions that is raised is what Islam we are talking about. Is it Islam in Iran? Islam in Saudi Arabia? The Islam of Daesh? With what interpretation? This is an important issue. When we want to discuss different interpretations of Islam at the political level, the problem is how to classify these interpretations.

The world has shifted dramatically with the arrival of modernity and the postmodern world. The other point is that my approach is historical. Another point is that when we talk about Islam in Iran, (we should realize) that the fate of Iran is not separate from that of the Muslim world, and the fate of the Muslim world is not separate from that of the world. It is also important to note that speaking about the future of religion in the world has a difficulty, namely, thinking about it is very much related to the situation of the one thinking.

(Martin) Heidegger and (Friedrich Wilhelm) Nietzsche announced the end of metaphysics. Both demonstrated the fact that the Greek philosophy cannot make the world understandable. So what would future thinking be like in the world? What characteristics would future thinking have? We can think about the future of Islam within such a framework.

The Western man has had two major historical experiences. One of them is the Middle Ages. With the experience of the Middle Ages, what was the fate of the theological systems’ view? Religious conflicts, the church’s monopolism, confronting science, putting Galileo Galilei on trial, etc. So the Western man turned to enlightening intellect and self-founded intellect and confronted the church.

After the (Second) World War, nuclear bomb blast, disruption in man’s relation with nature, rise of greenhouse gases, threat of nuclear weapons, domination of capitalism and commercialization of life, today’s humanity also began to be doubtful about modern era’s systems and distrusting all theological systems. Today the world is facing a metaphysics crisis.

The situation of thinking is not limited to political affairs and in relation to the political power. It is not that shifts in governments would lead to a change in the world situation.

Today the world is also facing a philosophical crisis and the Muslim world is facing a very deep theoretical crisis. After modernity, the Muslim world could not reach an ontological, epistemological and anthropological system for living in the modern world and we are still facing this crisis.

Now that there is distrust about all theological systems, a basis is created to reach a culture that is without dualisms. In our time, both the era of sectarian theological systems and the era of secularist thought that had been founded upon enlightening intellect have ended. In the current conditions, the conflict between the kind of faith of the Middle Ages and the intellect of the Enlightenment era has been shattered and the possibility has risen for a new kind of thinking.