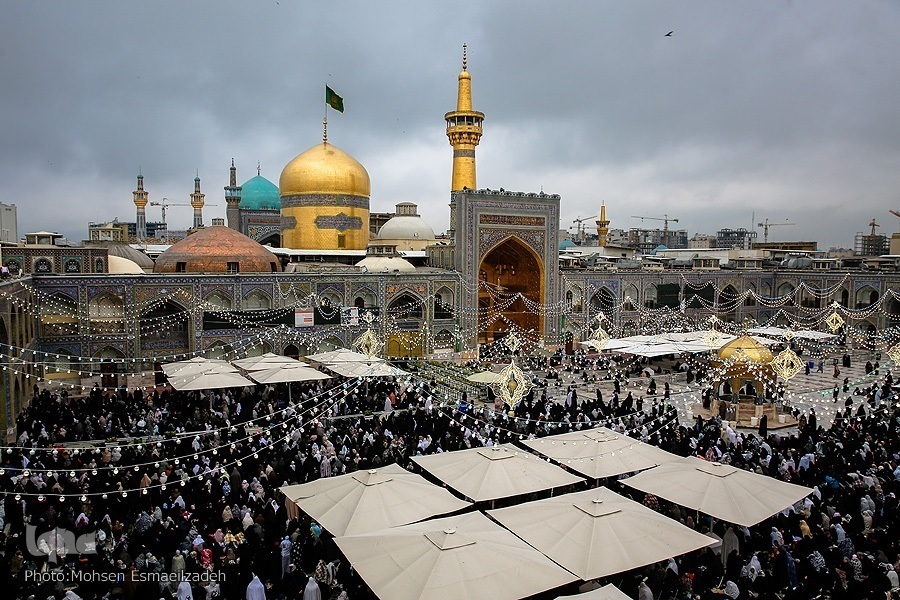 Speaking on the sideline of his visit, Maher Hamid, head of Iraqi delegation and advisor of Imam Ali shrine’s custodian in strategic affairs, said: “This visit would be a starting point for shared collaboration between the two shrines, the outcomes of which will upgrade interactions between the two nations as well”.

Hamid added: “Imam Reza holy shrine’s institute of Artistic Creations has had wide range of activities in the area of art and it has had great advancement. Using old and blessed data-x-items of the holy shrine are really interesting.”

Advisor of Imam Ali shrine’s custodian reiterated: “We will convey the latest achievements and capacities of this institute to the officials of Imam Ali (AS) so that we can develop artistic activities of the shrine through a cooperation with Imam Reza holy shrine”.

He also said: “We can also help our counterparts in Mashhad by giving more information on tastes of the Iraqi people regarding Iraqi pilgrims’ variety of ethnicities”.

Speaking in the same meeting, Amir Mahdi Hakimi, CEO of the institute said: “Iraqi pilgrims constitute an important part of the pilgrims in Imam Reza shrine and we are trying to produce artworks and products according to their tastes”.

Hakimi added: “Imam Reza shrine’s Institute of Artistic Creations is ready to transfer its administrative and educational experiences to the Iraqi brothers so that they could have a structure like what we have here.”

According to him, the Iraqi side can also participate in various international art festivals held by the Institute of Artistic Creations.