General
The link was copied
News ID: 3481334
TEHRAN (IQNA) – The 20th edition of the Moscow international Quran contest concluded in a ceremony Sunday night, where the winners of the top ranks were announced and awarded. 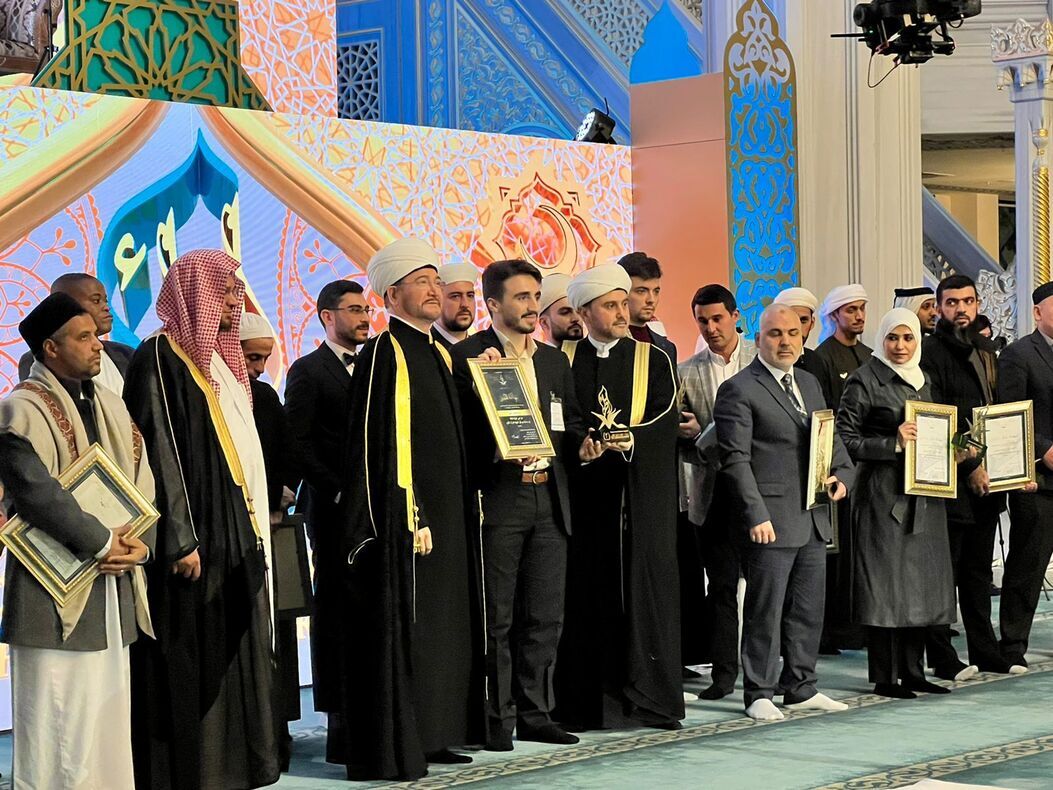 The Moscow Cathedral Mosque, which was the venue of the competition, also hosted the closing ceremony on November 20.

President of the Russian Muftis Council Sheikh Rawil Gaynutdin and ambassadors of Muslim countries were among the senior participants at the function.

According to the announcement by the panel of arbiters, Turkey’s representative Ahmed Kuzu went home with the top prize.

The fourth rank went to the qari who represented Yemen.

Quran reciters from 21 countries, including Russia, Bahrain, Sudan, the United Arab Emirates, Syria, Morocco, Tajikistan, Kazakhstan, Tanzania, and Bangladesh took part in the international Quranic event, which had kicked off in the Russian capital on Friday.

The Muftis Council of Russia organized the event in cooperation with the World Union of Muslims.

Members of the panel of arbiters were Quran experts from Yemen, Turkey, Lebanon, Russia, and Saudi Arabia.