General
The link was copied
News ID: 3481344
TEHRAN (IQNA) – An American scholar believes that the Islamic philosophy has had truly magnificent achievements that are still not fully appreciated. 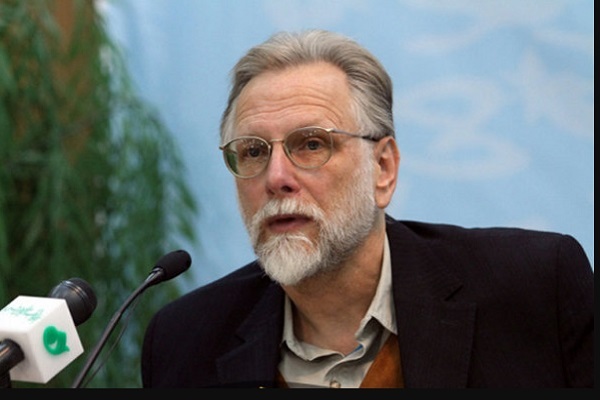 Gary (Muhammad) Legenhausen was born May 3, 1953 in New York City. Brought up as a Catholic, he abandoned religion shortly after beginning his academic studies at the State University of New York at Albany. In 1979, he became acquainted with Islam through Muslim students at Texas Southern University, where he taught from 1979 to 1989. After he was acquainted with Shi’a Islam, he decided to convert his Catholic faith to Islam in 1983. Legenhausen taught philosophy of religion, ethics and epistemology at the Islamic Iranian Academy of Philosophy from 1990 until 1994. Since 1996, he has been studying Islam and teaching Western philosophy and Christianity at the Imam Khomeini Education and Research Institute in Iran. He is also a founding member of the advisory board of the Shi`ite Studies Center in Qom, and serves on the scientific board of the Human Rights Center of Mofid University, Qom.

He spoke with IQNA about the achievements of Western and Islamic Philosophy. Here is the full text of interview:

IQNA:  Can philosophy improve human daily life? If it aims to help people's lives, how should this happen? It seems that common people do not benefit from Philosophy.

Legenhausen: People seem to confuse academic philosophy with self-help. Nobody says that advanced mathematics is useless because common people do not understand it. We should not expect common people to understand philosophy any more than they do any of the other sciences. Common people do not understand much of contemporary art. Yet it shapes the way we view the world in indirect ways. Philosophy is like that. The discussions do not directly have an impact on ordinary life; but if one begins to study philosophy, one will find that it has an immense benefit, for it provides understanding.

Legenhausen: I disagree. I think modernity is a complex phenomenon and does not result from any one factor. Modernity is not an achievement of Western philosophy; rather, Western philosophy is one of the factors, along with literature, art, science, and politics, that have had mutual influences on one another to form the configurations that are known as modernity.

IQNA: Muslims have a rich philosophical literature, including the works of Mulla Sadra, Farabi and Ibn Sina. What is the achievement of this legacy for constructing Islamic civilization? Is it possible to use this intellectual and spiritual heritage in order to solve the important challenges of the current world, including the crisis of Nihilism?

Legenhausen: I do not think that nihilism constitutes a crisis. There is no crisis of nihilism. Most people who think that there is have no idea of what nihilism is. Nihilism was not an issue directly addressed in Islamic philosophy. However, Islamic philosophy has concerned itself with the aims of life, approaching God and achieving sa'adat, which is comparable to the Aristotelian discussions of eudaimonia, although there are important differences.

I don't think that Islamic philosophy is responsible for constructing Islamic civilization. Avicenna's medicine probably had more influence on both Islamic and Western civilization than his philosophy did.

IQNA: What approaches the Muslim philosophers have taken in facing this rich heritage? Isn't it the case that it has been only elaborated and there is less work about implementing it?

Legenhausen: To implement Islamic philosophy, one must begin by reading it. There are no quick applications. One must become familiar with the issues and the different arguments that have been used to advance various positions. It is only by doing this sort of work that any science can make progress.

IQNA:  What do you think about the contribution of Muslim Philosophers to the science of Philosophy? Have they had any special achievement?

Legenhausen: Islamic philosophy has had truly magnificent achievments that are still not fully appreciated. It has contributed to logic, metaphysics, the philosophy of religion and mysticism, ethics, practical reasoning, and much else.

IQNA:  How do you see the future of Philosophy in the world of Islam?

Legenhausen: Today, thank God, there is more research being done on Islamic philosophy than there has ever been. We are beginning to get a deeper understanding of the major Muslim philosophers, like Avicenna and Mulla Sadra, and we are finding more interest in lesser known figures, as well. Thanks to the interest in Islamic philosophy of the great founder of the Islamic Revolution, Imam Khomeini (q), and also due to the tireless work of 'Allamah Tabataba'i and his students, including 'Allamah Misbah and Ayatullah Javadi Amuli, and many others, such as Shahid Sadr, Shahid Beheshti, and others, philosophical research in the Islamic seminaries has increased dramatically since the revolution. There have also been major advances in the study of Islamic philosophy in the universities and other research centers in Iran. In the West, also, there is increasing attention being given to an ever broader range of Muslim philosophers. I pray that this trend continues so that all who are interested may deepen their understanding through the study of Islamic and non-Islamic traditions of philosophy.