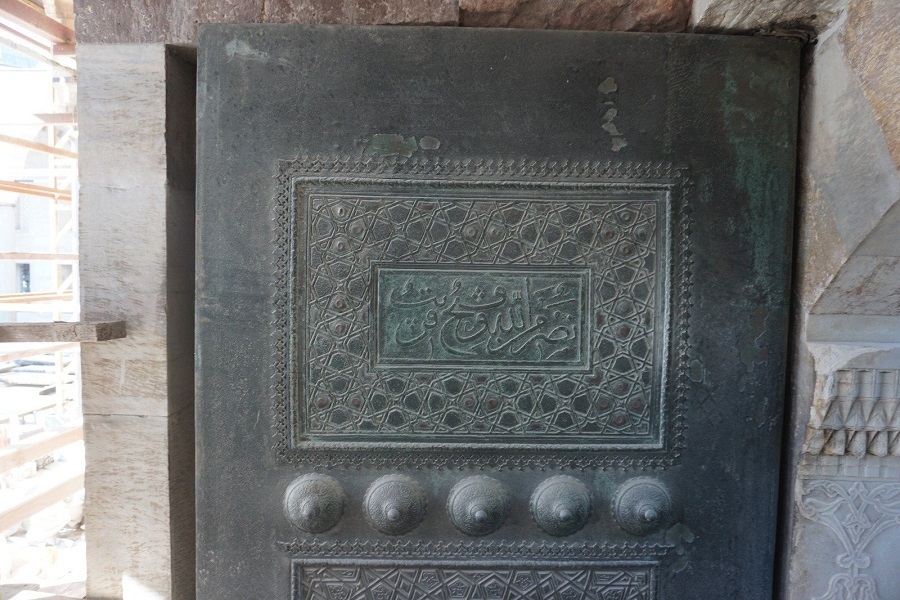 A statement issued by the directorate said that the mosque, which was built by architect Sedefkar Mehmed Agha between 1609 and 1617, was near regaining its former glory as the conservation and restoration works that started in July 2017 and have continued in stages were approaching their end.

The directorate stated that the first stage of the work was completed in April 2022, and the second stage was started in August 2022.

"All the repairs needed on different scales on the minarets, in the courtyard and inside the harim complex of the structure have been handled comprehensively and in detail by expert teams. The works have been completed to a large extent, and the scaffolds established within the structure will be dismantled soon, and all the original elements of the complex will be opened to the public with all their splendor."

Burhan Ersoy, the general manager of foundations, noted that the 400-year-old gates of the mosque were also restored.

Ersoy stated that the entrance to the porticoed courtyard of the mosque was through bronze gates from three directions, and apart from the geometric crossings of these doors, even the openwork iron hinge lapels were embroidered with scraping technique, and Rumi patterns could be seen on the gates.

Pointing out that there are inscriptions on the upper parts, Ersoy stated that the left one has the words "O Muhammad, give good news to the believers," and the one on the right says "Help from Allah and an imminent conquest."

"The door wings, which are a magnificent work of art, like other courtyard side doors, were made by jeweler Zılli, the father of our famous chronicler Evliya Çelebi."

Ersoy emphasized that the restoration of the complex, which stands out as a mosque with six minarets, continues meticulously.

"We will have completed the general restoration as well as the (work on the) magnificent and special doors, in the first quarter of 2023."