General
The link was copied
News ID: 3481396
TEHRAN (IQNA) – A woman gave birth to a baby in the courtyards of the Prophet’s Mosque in Medina after she went into sudden labor, the Director General of the Saudi Red Crescent Authority (SCRA) in the region Ahmed al-Zahrani said on Friday. 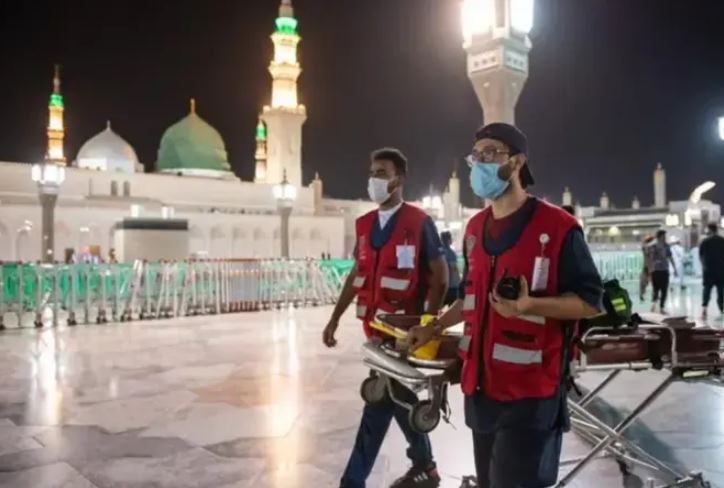 A SCRA volunteer team which is part of the ambulance center on the al-Haram premises rushed to the site to aid a pregnant woman who had reported an emergency, the Saudi Press Agency (SPA) reported.

Upon arrival, the team discovered that the woman’s contractions had started, and the delivery of the baby had begun.

The on-site team worked together to safely aid the labor and ensure that the mother and child were well, before transferring them to the Bab Jebreel Health Center.

The SCRA team’s ability to manage the situation and deliver impressive medical care is the result of efforts to intensify specialized medical courses and provide emergency training for all volunteers, al-Zahrani said.