Social
The link was copied
News ID: 3481573
TEHRAN (IQNA) – The 1st shelter for Muslim women has been inaugurated in Hamilton, southeast Canada. 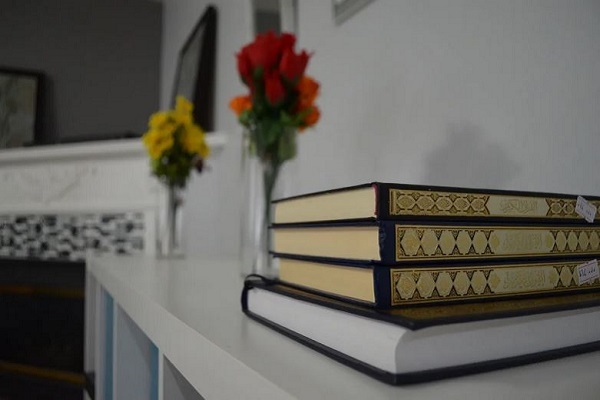 For the first time in the Hamilton area, Muslim women in need of shelter services now have an option specifically for them.

Nisa Homes, an organization with nine other shelters across Canada, has opened its 10th shelter, this one in Hamilton. An official launch takes place Tuesday afternoon at city hall, on the National Day of Remembrance and Action on Violence Against Women.

Yasmine Youssef, program director at Nisa Homes, told CBC Hamilton that shelters like this are needed because of a demand for beds and for spaces for marginalized people to feel safe.

"There's a lot of fear and stigma, because of racism, because of Islamophobia, because of anti-Asian hate. You're seeing a lot of people afraid to reach out because they don't know how they're going to be received," she said.

The shelter, which has already begun to take in families, caters to Muslim women but is open to all women. However, its capacity is limited to 16 people.

Nisa Homes says 63 of every 100 women that come to the organization's shelters face domestic violence. Youssef said many are also women of colour who may not speak English and don't have immigration status.

"There's so many barriers immigrants specifically face that need to be addressed.... But there's nothing that supports women that are immigrants who are also fleeing domestic violence," she said.

She said clients tell her that culturally appropriate support can be hard to access.

"They tell us, 'Yeah, I did try to reach out for help, and when I was speaking to [other service providers], they told me the problem is that [I'm] Muslim, [I] have to leave Islam, and then everything will be OK.'"

Youssef has been with Nisa Homes since its launch in 2015, when only one shelter was set up in Mississauga.

The organization now has shelters across the country, including in Vancouver, Calgary and Montreal.

Sabreina Dahab, Ward 2 trustee on the Hamilton-Wentworth District School Board, said she was "really, really excited" and emotional about the opening of this shelter.

Dahab said in recent years, she has worked with and supported Muslim women by connecting them with resources and translation services.

"It felt really lonely and isolating to be doing this without an agency to support or without like a network. [Now] I can respond to this more systemically [instead of] one person in the community who is trying to do this by themselves," she said.

Dahab added that spaces like this are vital for providing culturally specific services for Muslim women, saying she's heard of women who are not "even given access to halal meat" at other shelters.

"All of these things are essential for not only escaping and leaving the necessity of violence situations, but to be able to be well supported in this city."

Youssef said although she knows from experience that there is a need for culturally specific shelters, the demographics are under-researched.

Youssef said some reasons might be systemic racism and the strain shelters face just to function.

"It [would be] easier to advocate for something and to get changes passed when you have numbers to back up what you're saying."

Youssef said the ultimate goal is to help these women heal.

"We make sure we use [our services] to make them feel more comfortable ... to make them feel like this can actually work and they can get back on their feet. They're not alone.... They can survive on their own without their abuser," she said.

"We get so many clients — more often than not — telling us 'the only reason I decided to reach out to you was because I knew you understood where I'm coming from, you look like me, you speak like me,'" she said.