Veteran Quran Activists to Be Honored

General
News ID: 1375560
44 Quran activists and 6 Quranic institutes will be honored in the 8th congress for honoring Quranic figures. 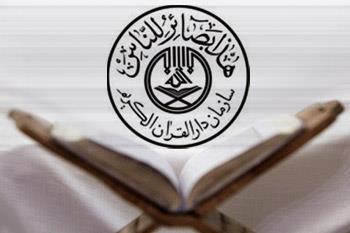 The congress is slated to be held by the Dar-ol-Quran Karim Organization on Friday, February 21, in Tehran.
The organization has released the names of 44 Quranic personalities of the country for the event.
Ayatollah Seyyed Ali akbar Qurashi, Behruz Yarigol, Ali Talei, Seyyed Mehdi Seyf, Qassem Bostani, Seyyed Qassem Hamedi, Ruhollah Taqvayi, and Nasser Momeni are among the Quranic figures whose services to the Quran is to be acknowledged at the event.
Hijrat , Bayyina, Bisharat, Fajrafarinan, and Talayaedaran Vahy institutes, located respectively in the provinces of Ardebil, Isfahan, Sistan and Baluchestan,  and Yazd as well as the Bayt-ul-Quran of Imam Ali (AS) in Qom will also be honored at the congress.
iqna.ir/fa/News/1375391