General
News ID: 1429010
Minister of Culture and Islamic Guidance Ali Jannati said the government pays special attention to the Holy Quran as the foundation of cultural activities in the country. 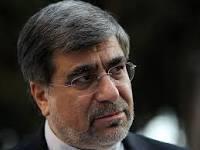 Addressing a ceremony held at the International Holy Quran Exhibition to honor the country's top Quran servants, Jannati added that the Islamic Iran is proud to be leading in the Muslim world in terms of paying attention to Quranic activities.
He underlined that taking recourse to the Holy Quran is the panacea for all the problems of Muslims.
The culture minister added that Iran's achievements in Quranic fields have been made thanks to the guidelines set by the Supreme Leader of the Islamic Revolution Ayatollah Khamenei.
Elsewhere in his remarks, Jannati referred to the 22nd Tehran International Holy Quran Exhibition and said the expo has showcased top Quranic artworks as well as books and CDs.
He noted that 252 publishers have presented their Quranic and religious books at the exhibit.
According to the culture minister, this year's exhibition has also hosted more than 100 scientific forums attended by senior scholars and researchers.
He further thanked the Municipality of Tehran for cooperation in organizing the 22nd Quran expo at the Holy Defense Garden-Museum.