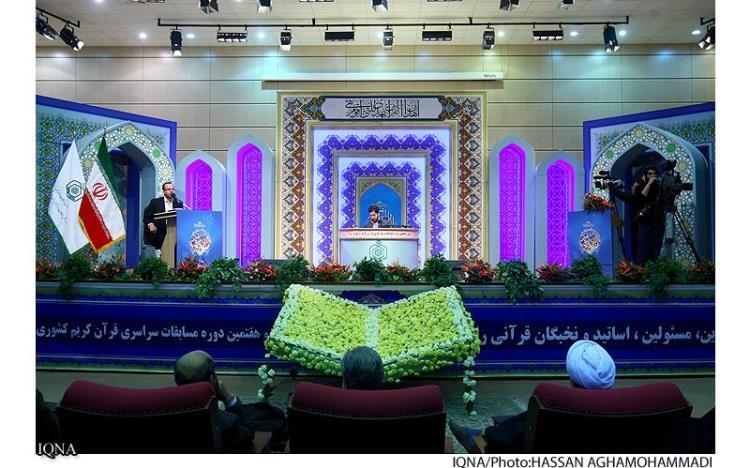 According to IQNA’s correspondent, Mohammad Mehdi Rajabi from Khorasan Razavi province came first in memorization of the entire Quran while in Tahghigh recitation category Hassan Danesh from Yazd won the top title.
Top ranks winners in the categories of Tarteel, memorization of 20 Juzes (parts) and Quranic concepts were Mojtaba Ghadbeiygi from Tehran, Mohammad Reza Ahmadi from Qom and Gholam Hossein Fatehi from Charmahal and Bakhtiari, respectively.
In the women’s section, representatives of Qom, Tehran, Mazandaran, Yazd and Fars provinces ranked first in different categories.
The awarding ceremony of the competition will be held on Monday.
Some 470 Quran reciters and memorizers from different provinces of the country competed in the national Quranic event, which kicked off on Wednesday, February 25, in the northwestern city of Tabriz.
http://iqna.ir/fa/News/2914419