Culture
News ID: 2957570
TEHRAN (IQNA) – As many as 30 Turkish students have come together to shoot a video in 16 languages to challenge what they say is a “wrong” perception of Islam. 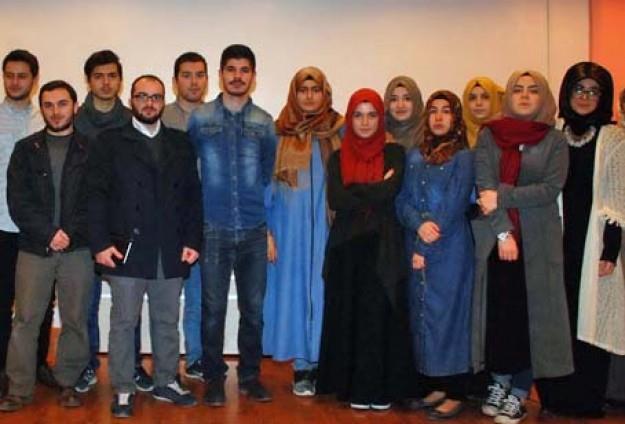 The initiative is in the wake of anti-Muslim backlash in the West following January’s attack on Charlie Hebdo and anti-Semitic murders in France.
Using verses from the Holy Quran and Hadith (the Sayings of Prophet Mohammad), students from the Faculty of Theology at the Istanbul-based Marmara University traveled to countries across Europe and North America, during a 15-day trip and talked about Islam in 16 languages in front of the camera.
The video starts as saying: “Muslims will not respond to attacks made against the Prophet with methods not approved by him or his teachings.”
“‘Mercy’ and ‘Compassion’ start off 113 of 114 chapters of the Quran with praise to Allah as ‘the most gracious and ‘the most merciful’. The Quran does not encourage terror,” it adds.
It was also stressed that Islam forbids tyranny, oppression and aggression and defends the rights of everyone including non-Muslims.
“Some people in the West do not know anything about Islam. They do not know our Prophet and do not have any idea about our lives. They suppose that women are living under pressure because of our beliefs,” says Suheyla Oruc, 21, a first-year student from Marmara University. “That’s why we conducted this project,” she adds.
“The most effective way to say there is no connection between Islam and terrorism was to talk about mercy and our Prophet’s sayings,” says Rumeysa Hatice Uludogan, a second-year student who edited the video. “We have actually done nothing extra. We’ve just showed whatever Islam is.”
The students are hopeful about their project: “We hope people will hear our voice through this video and change their wrong views about Islam,” Oruc says.