General
News ID: 3147087
TEHRAN (IQNA) – An exhibition showcasing manuscripts of the Noble Quran and the holy books of Divine religions was mounted at “Toyo Bunko” Cultural Museum in Tokyo, Japan. 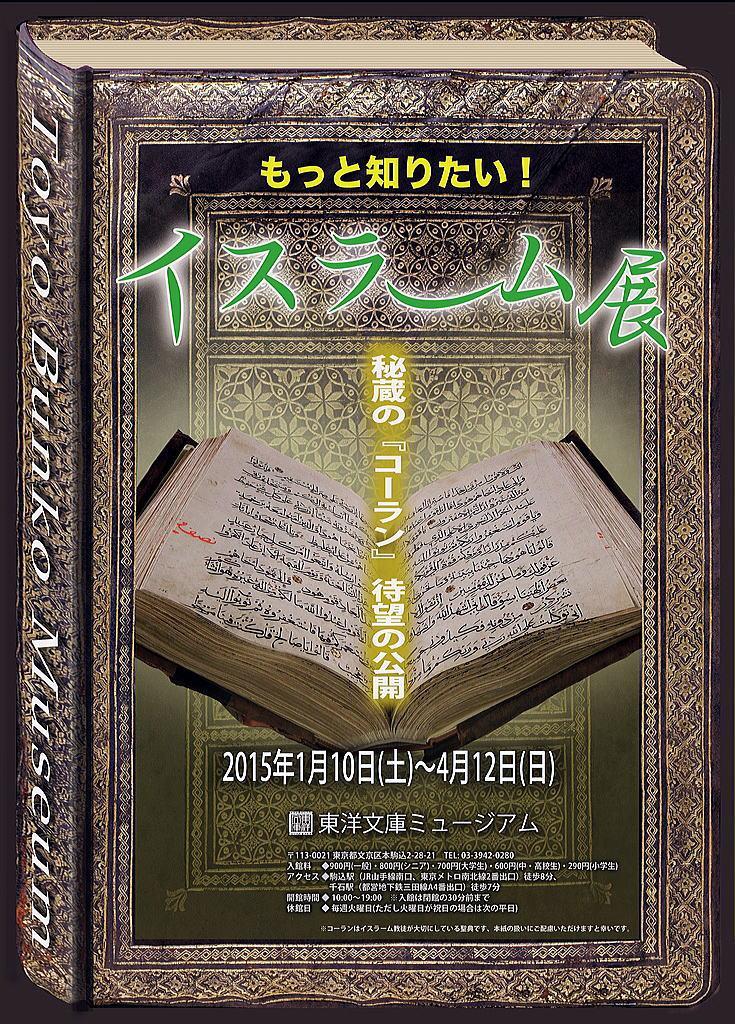 According to IQNA’s branch in East Asia, the exhibition also featured two centuries-old copies of the Holy Quran.

One of the copies, dating back to 600 years ago, was written in Syria and the other one, a 400-year old copy, includes a Persian translation.

New precious works with translations by figures such as William Moyer (Published in London, 1903), were also on display at the exhibition.

Madadi, in charge of the Iranian Cultural Center in Japan, visited the museum and discussed various aspects of mutual cooperation between the two cultural centers.

The museum officials welcomed his suggestion to hold an exhibition of the Holy Quran copies published in Iran.

Handicrafts from Islamic countries as well as Islamic books, including Imam Khomeini’s (RA) works, were also exhibited at the museum.

A part of the exhibition was dedicated to introducing  historical sites, such as Iran’s Arg-e Bam before and after the 2003 earthquake.

The museum hosted the exhibition from January 5 to April 12.

It was received very well and a large number of Japanese visited the exhibition and, among other things, learned about the history and territory of the Islamic civilization, from China and Japan to the Central Asia, the Middle East and Europe.