General
News ID: 3461117
TEHRAN (IQNA) – A senior Iraqi cleric slammed the decision by Egyptian authorities to close down the Imam Hussein (AS) mosque in Cairo on the day of Ashura. 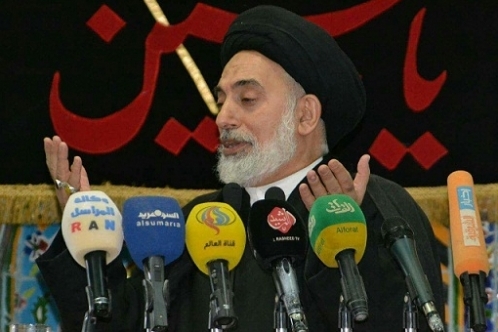 He dismissed Egyptian officials’ claim that they are making the move to prevent an attack by Salafaist hardliners against the mosque.

Qubanchi also called on Egypt’s main Islamic center, al-Azhar, to stand up against spread of extremist views in the Arab country.

Last year, too, Egypt’s Awqaf Ministry closed down the Imam Hussein (AS) Mosque in Cairo on the eve of Ashura as the Arab country’s Shia Muslims were preparing to hold mourning ceremonies there.

During Muharram, the first month in the lunar Hirji calendar, Shia Muslims around the world hold ceremonies to mourn the martyrdom anniversary of Imam Hussein (AS) and his companions in the Battle of Karbala in the year 680 AD.

Imam Hussein (AS) and his companions were martyred on Ashura, the 10th day of Muharram, which falls on October 12 this year.

In Egypt, the small Shia population is harassed by authorities and treated with suspicion, being arrested - ostensibly for security reasons - but then being subjected to torrents of abuse by state security officers for their religious beliefs.

The Arab country has been witnessing a rise in hate crimes against Shias, which observers believe is due to the widespread anti-Shia propaganda by Wahhabi and Salafist elements.