General
News ID: 3461165
TEHRAN (IQNA) – Human rights advocates have reported claims from members of the stateless Rohingya minority that Myanmar’s army is moving into their villages and treating all men and boys as suspected militants. 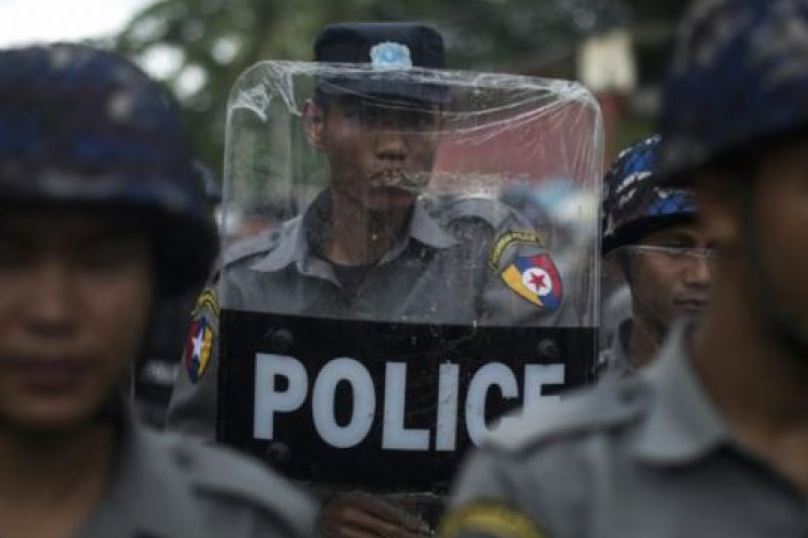 Myanmar security forces killed 26 more people on Thursday in the fourth day alone of clashes between the government and Rohingya Muslims in the country’s western Rakhine State, which pushed the total number of killing inside Arakan to around 90 innocent Rohingya individuals in the recent conflict.

The government stepped up security in the region after a group of 300 men allegedly killed nine police officers in coordinated attacks over the weekend along the border with Bangladesh. The authorities have accused Rohingyas of carrying out the attacks.

"This is a very serious situation unfolding there. The government of Myanmar has commenced with what appears to be a very brutal crackdown, we’re documenting allegations of extrajudicial killings.

"Essentially the Myanmar Army is moving into villages, suspecting all of the men and boys of being involved with this rather small group of armed men and committing a variety of human rights violations,” said Matthew Smith from Fortify Rights, a non-profit human rights organization,

Rohingyas were made stateless with the passing of the 1982 Burma Citizenship Law. Since then they have been treated as illegal immigrants from neighboring Bangladesh. They are only eligible to become citizens of Myanmar if they can prove that their ancestry dates back to 1832, when the country came under British rule.

In 2012 communal violence between Rakhine Buddhists and Rohingya Muslims resulted in the deaths of around 100 people and forced tens of thousands of Rohingyas to flee to displacement camps.

According to the UN refugee agency, more than 120,000 Rohingyas have attempted to flee abroad on ships in the past three years.