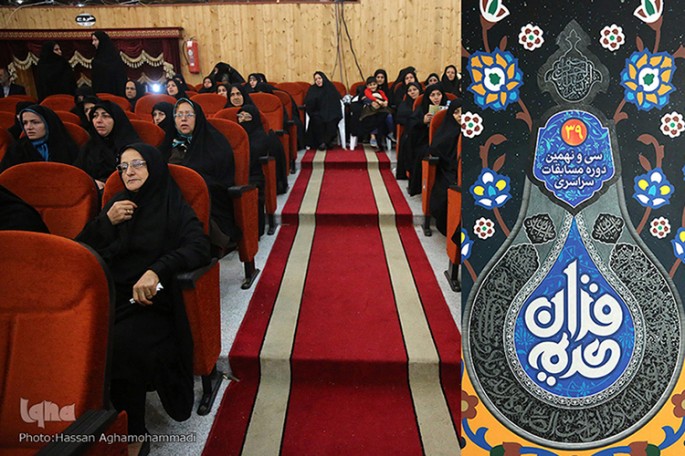 A number of Quranic, religious and cultural officials, including the Quran and Etrat deputy of the Ministry of Culture and Islamic Guidance, Hojat-ol-Islam Mohammad Reza Heshmati, attended the ceremony.

Some 350 women from all over the country are competing in different categories of the contest, which will run until Friday, October 28.

The categories include recitation and memorization of the Quran, Tawasheeh, Ibtihal, and Islamic teachings.

The competition’s panel of judges is made up of senior women Quranic figures of the country.

The men’s section concluded on Saturday and winners of all the categories were awarded at the closing program.

The competition is annually held by the Awqaf and Charity Affairs Organization with the aim of promoting the Quranic teachings and concepts in society.