“Unity in View of Quran” Discussed in Sri Lanka

General
News ID: 3464620
TEHRAN (IQNA) – Unity in view of Quran was the theme of a meeting held in Sri Lanka on the occasion of the Holy Prophet’s (PBUH) birthday anniversary. 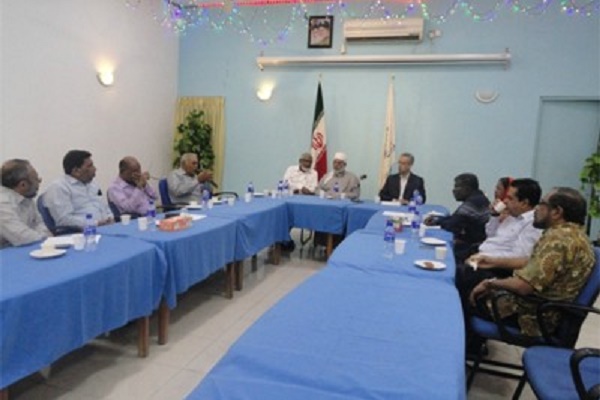 According to the website of the Islamic Culture and Relations Organization, Khalil Afra, Iranian Sunni scholar discussed the theme in the meeting with a number of Muslim journalists in Colombo.

He said that it is the responsibility of journalists and authors to highlight the necessity of unity among Muslims and specify the requisites of unity.

The scholar added that journalists should be precise and honest in their reports and try to present authentic news particularly when the news are about Muslims and Islamic countries.

He further stressed the need for respecting followers of other faiths and said that Islam respects all Divine religions.