No Progress in Investigations about Theft of 17th-Century Quran Copy

General
News ID: 3464692
TEHRAN (IQNA) – The Jammu and Kashmir High Court on Thursday asked CBI to submit latest status of its investigation regarding theft of Aurangzeb-era copy of the Holy Quran from Shri Pratap Singh (SPS) Museum in Srinagar in 2003. 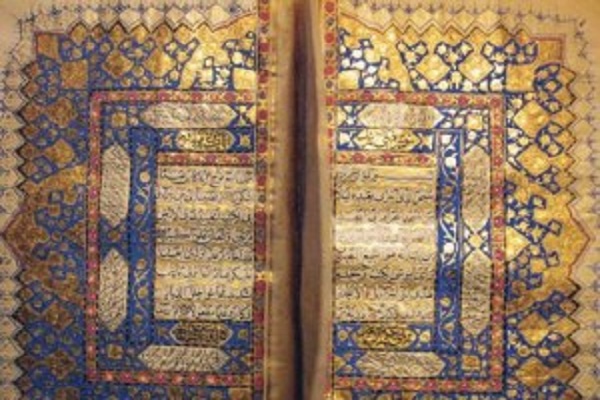 As hearing of a Public Interest Litigation started before a division bench headed by Chief Justice Mohammad Yaqoob Mir, counsel for the CBI said that “so far investigating agency has not been able to make substantial progress in reaching to any positive conclusion.”

“The updated status report be filed four days prior to next date of hearing (in the PIL),” the division bench, also comprising Justice Ali Mohammad Magrey said.

On one of the previous hearing, the court was informed by the India’s premier investigation that the copy of the Quran may be with National Archives of India New Delhi.

“During investigation, it came to light that a holy book namely ‘Quran Sharief’ with similar features was confiscated by the Crime Branch of New Delhi. Accordingly, the authorities of National Archives of India, New Delhi, were approached and relevant information about the said seized ‘Quran Sharief’ including its photographs have been collected,” the CBI had informed the court.

“Efforts towards its comparison with the available description of Holy Quran, alleged to have been stolen from SPS museum, is underway. The report vide which the ‘Quran’ presently kept in National Archives of India had been declared as an antiquity has also been collected from Archaeological Survey of India, New Delhi and the same is under examination for the said purpose,” the report had said.

The CBI had also informed that it was also scrutinizing the file pertaining to FIR (106/2003 in police station Rajbagh Srinagar which has collected from the Crime Branch Srinagar.

Aurangzeb, the sixth Mughal Emperor, ruled over most of the Indian subcontinent during his reign, which lasted for 49 years from 1658 until his death in 1707.

The judicial intervention has already led to retrieval of 31 copper and silver coins besides one-gun bearing accession number 412 along with other artifacts from Research Wing of the SPS libraries, which were gifted to Shimla Museum in 1973.

Replica of Sheikh Zayed Mosque to Be Built in Indonesia