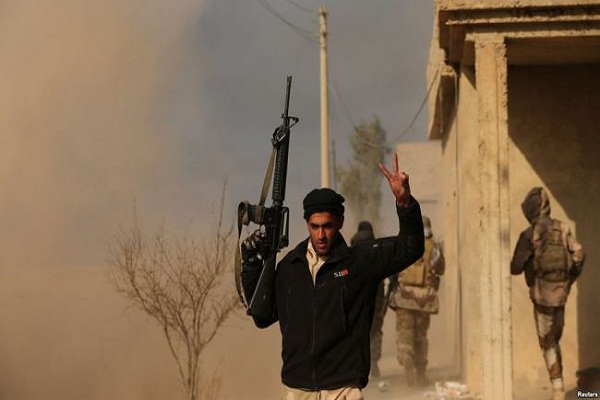 “Four Daesh tunnels were destroyed and 10 suspects were arrested during the security campaign as well,” Jawdat pointed out, Iraqinews.com reported.

Federal police launched a wide-scale security campaign in Kirkuk earlier in the day in response to recent attacks launched by the terrorist group on some of the governorate’s villages.

The campaign was mounted in southern and western Kirkuk with the aim of eliminating Daesh militants stationed there.

Kirkuk officials always urge reinforcing military troops in the south and west of the province, as the region still has Daesh members who escaped during liberation of Hawija to remote areas.

The town had fallen to Daesh in June 2014, when the terrorist group seized control of much of northern and western Iraq and proclaimed the creation of a self-styled “caliphate”.

There, Daesh’s reign forced thousands to flee to refugee camps, while hundreds had been executed by the group for attempting to escape the area or contacting security forces.