General
News ID: 3466388
TEHRAN (IQNA) – An exhibition of photos of Imam Reza’s (AS) holy shrine has been mounted by the Iranian Cultural Center in Sierra Leone. 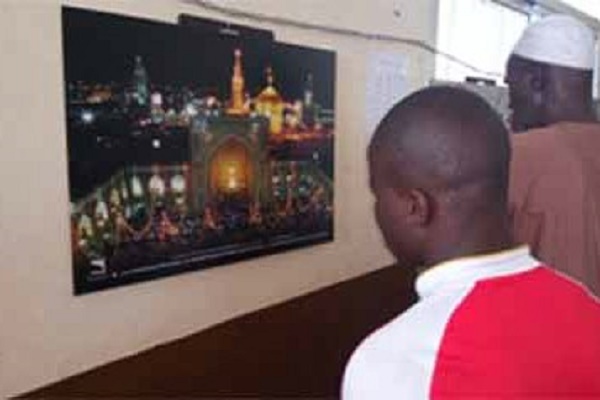 According to the website of the Islamic Culture and Relations Organization, the exhibition, which was opened on July 18 on the occasion of the Keramat Ten-Day festival, will host the visitors until July 25.

The Rasul A’dham Mosque in Sierra Leone has cooperated in holding the exhibition.

Speaking at the opening ceremony of the exhibition, Sheikh Ma’adh, imam of the mosque, talked about the life and virtues of Imam Reza (AS).

Alireza Faramarzi, the Iranian cultural attaché in Sierra Leone also addressed the event, speaking on the characteristics of the eighth infallible Imam (AS), the Keramat Ten-Day festival and its objectives.

A documentary film featuring different parts of the holy shrine in Mashhad has been showcased for the visitors of the exhibition.

The Keramat Festival marks the ten days between the birth anniversaries of Hazrat Masoumeh (SA) and Imam Reza (AS).