Prophet of Islam (PBUH) in View of Indian Professor

General
News ID: 3466435
TEHRAN (IQNA) – The book entitled “Prophet Muhammad (PBUH) as the Exalted Ruler of Arabian Peninsula” by Prof. Habibur Rehman is one of the most pioneering books since little other work has been done about the Holy Prophet as a unique and an exemplary ruler. 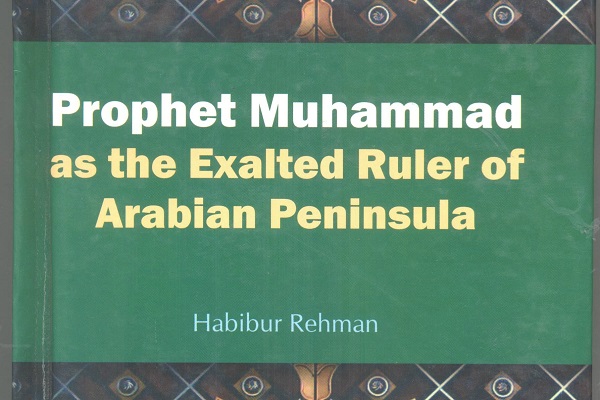 As the author of the book writes only a few people know that despite being the Mighty Ruler of whole of Southern Arabia he had voluntarily set for himself sublime and superhuman aims which were not set by any king or monarch anywhere in the world.

Human records reveal that no emperor or ruler ever undertook a task so far beyond human power with such feeble means as he did. With greatness of purpose, smallness of means and astonishing results, he created such a lasting revolution in the galleries of governing powers which was not seen before. He set high standards for fighting wars, followed exemplary etiquettes in meeting envoys, adopted humble style in writing letters to kings and monarchs, remained faithful in fulfilling the conditions of treaties, and pursued a simplistic lifestyle while justly, truthfully and equitably governing people.

Despite being a magnificent and most powerful ruler, he lived in a thatched house, built of stones and adobe bricks; wore a simple turban, coarse shirt and patched trousers and ate dates and barley breads. He mended his own dress, stitched his own clothes and did his household work himself. He sat on a mat supported by a leather pillow filled with fibers and used simple utensils and a pot for performing ablution. He did not take any state help though many a time fire did not light in his house and he had to sleep hungry and very often he had to face dark nights due to paucity of the burning oil. He wore no crown, had no throne, no courtiers, no fort and fortresses, no kingly robes and no glamorous paraphernalia.

This unique ruler influenced the course of human history so much that historians pronounced him as the greatest man of all times. When he died in 632 he was the undisputed and the most effective ruler of Arabian Peninsula. He was not only a most influential, remarkable and exceptional genius of all times but a rare phenomenon on earth, walking in flesh and blood, and having maximum impact through ages.

Prof. Habibur Rehman is a renowned scholar and an eminent academician. He obtained his higher education from Aligarh Muslim University and also from the University of Western Ontario, London.

He has served as the vice-chancellor of Dr. Ambedkar University, Dean of the Faculty of Commerce at Aligarh Muslim university, etc.

He has conducted innovative study of Muslim community in India and has also made a detailed analysis of case studies related to economic, political and socio-cultural aspects of Muslims living in different states of the country.

The first edition of the book was published in 2015 by Atlantic Publishers and Distributors Pvt Ltd.