General
News ID: 3466455
TEHRAN (IQNA) – A gathering of Ghana Hajj pilgrims was held in the capital Accra earlier this week. 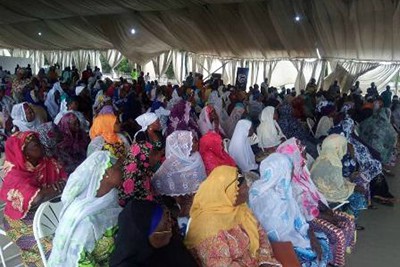 According to the website of the Islamic Culture and Relations Organization (ICRO), more than 1,000 pilgrims attended the event, titled “Hajj, Islamic Unity, Ethics and Spirituality”.

A number of religious leaders and heads of Hajj committees and Islamic organizations were also present at the assembly.

In a message to the gathering, Iran’s Cultural Attaché Mohammad Hassan Ipakchi underlined the importance of Hajj for Muslims.

Ghana is a country in West Africa. Islam is one of the major religions practiced widely in the country. Its presence in modern-day Ghana dates back to the 10th century.

Muslims in Ghana make up about 24 percent of the population.