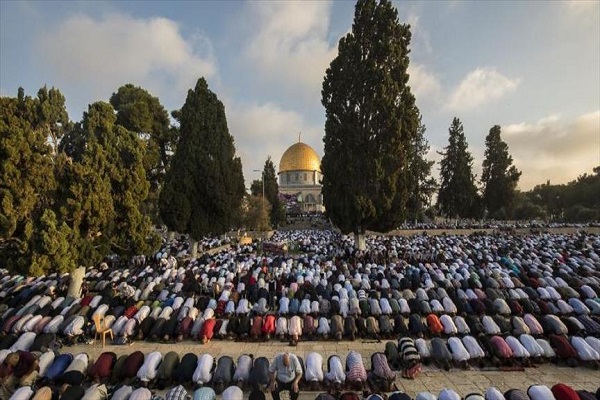 According to Anadolu Agency, Faras Debs, an official with the Islamic Awqaf Department of Quds, estimated the number of worshippers attending prayers at around 100,000.

Eid al-Adha (the Feast of Sacrifice) is an important festival on the Islamic calendar which marks the climax of the annual Hajj pilgrimage.

During the festivities, Muslims pay tribute to Prophet Abraham's (AS) submission to the divine order of sacrificing his son.