General
News ID: 3466629
TEHRAN (IQNA) – The spokesman for Yemen’s Houthi Ansarullah movement said Saudi Arabia never wants a strong government to be formed in Yemen, but is seeking to turn the war-hit country into a client state, as the Saudi-led military coalition continues with its ceaseless airstrikes against the impoverished nation. 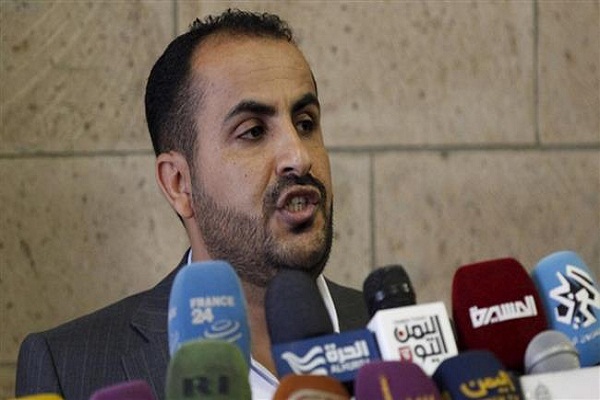 “The one who has killed the Yemeni people for almost the past four years and allowed Saudi-led mercenaries and foreign forces to enter the country is not representing a true government,” said Mohammed Abdul-Salam in an interview with the You News outlet on Monday.

He apparently referred to the so-called government of Abd Rabbuh Mansur Hadi, Yemen’s former president and a staunch ally of Riyadh, which is only recognized by member states of the Saudi-led military coalition and some Western states.

Saudi Arabia and some of its allies, including the United Arab Emirates, Morocco and Sudan, launched a brutal war, code-named Operation Decisive Storm, against Yemen in March 2015 in an attempt to reinstall Hadi and crush the popular Houthi Ansarullah movement, which plays a significant role in aiding the Yemeni army in defending the impoverished country against the invading coalition.

The movement has been running state affairs in the absence of an effective administration since the onset of the imposed war.

“The Yemeni people also harbor no hope in the United Nations since it cannot be effective under the strong influence of the United States and the UK, and hefty financial assistance that comes from Saudi Arabia and the United Arab Emirates (UAE),” Abdul-Salam further said, Press TV reported.

Responding to the calls of disarmament of the Houthi Ansarullah movement, he said that the crisis in Yemen could not be settled by disarming the movement since huge amounts of weaponry and ammunition were being taken into Yemen on a daily basis by the invading coalition.

“We do not accept that the subject of weapons be reduced to us only,” he added, pointing out that there are large amounts of weapons in the hands of the al-Qaeda militant groups and other militant outfits.

He stressed that a political solution for defusing the current the years-old crisis in Yemen must be based on humanitarian and economic grounds in an attempt to heal to wounds of the Yemeni nation and to restore the country’s battered infrastructure.

The imposed war initially consisted of a bombing campaign, but was later coupled with a naval blockade and the deployment of ground forces to Yemen.

The Saudi-led war has also taken a heavy toll on the country's infrastructure, destroying many hospitals, schools, and factories. The United Nations has said that a record 22.2 million Yemenis are in dire need of food, including 8.4 million threatened by severe hunger.

Several Western countries, the US and Britain in particular, are also accused of being complicit in the ongoing aggression as they supply the Riyadh regime with advanced weapons and military equipment as well as logistical and intelligence assistance.