Social
News ID: 3467038
TEHRAN (IQNA) – One Iranian pilgrim has been killed and 10 other injured in a road accident in Iraq’s eastern Wasit governorate, an official with the governorate’s health center said. 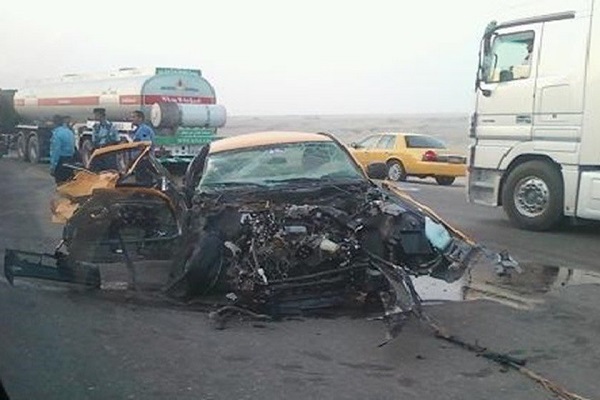 According to al-Sumaria news website, the official said that a minibus carrying the Iranian pilgrims, who are in Iraq for Arbaeen, had an accident in the south of the governorate on Sunday.

One Iranian was killed and ten other injured in the accident, he added.

According to the official, the wounded have been taken to a nearby hospital.

A day earlier, 6 Iranian had been injured in an accident in Basra governorate in southern Iraq.

Arbaeen comes 40 days after Ashura, the martyrdom anniversary of the third Shia Imam, Imam Hussein (AS). This year it falls on October 30.