Social
News ID: 3468456
TEHRAN (IQNA) –  A four-year study into faith communities in Australia and the UK has found Muslims experience acts of violence on an individual basis like no other religious adherents, leading to calls for better early education in religious awareness. 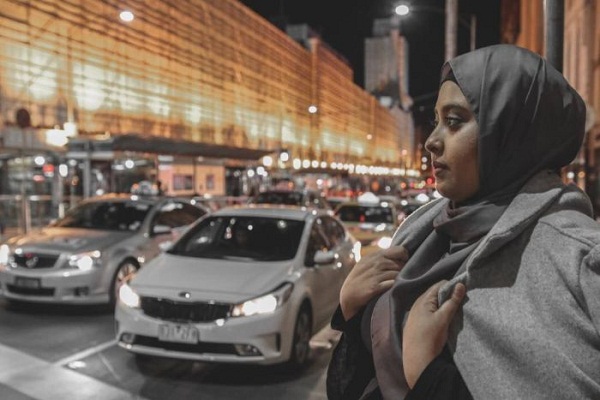 In the midst of conducting her research, RMIT University's Professor Anna Hickey-Moody said she was disturbed when she heard the experiences of Muslim Australians, prompting her to lead the call.

"The mosque [where] I spent most of the week in Adelaide has had young men, white men, driving around the mosque in a car with the windows rolled down pretending to shoot it. I mean, that's terrifying," she said.

Since 2016, 340 people from religious communities have been interviewed in six cities across Australia and Great Britain for the Interfaith Childhoods project.

Professor Hickey-Moody brought together children and their parents, asking the children to create art about their identities and then interviewing their parents in-depth about their experiences of living in Australia.

Ending in 2020 and funded by the Australian Research Council, it will be the first Australian study to create a large-scale public art program discussing social values in relation to different faiths in young children.

"One child in south-east London drew a globe where he pinned where he began, as in where he was born in Somalia, and then the flight around the world and the different places where he's been and where he ended up. It was his story of home," Professor Hickey-Moody said.

But it was when she interviewed the parents, particularly the Muslim women, when she heard the full extent of difficulties of religious life in Australia.

"She was talking about how complicated that is to experience as a mother. She wants her daughter to have a religious life, but she's also scared to teach her daughter a way of life that might allow her to be vulnerable.

"One story that stuck in my head … [a woman] and her sister were in town in Adelaide and they saw an older woman that was struggling with her walking frame and they went to try and help her because they realized she wasn't going to make it across the lights.

"When they got to the walking frame to try and help her, she looked at them with this visceral hate and said 'get your hands of me you bi…es, I'm just coming for you, I'm coming to tell you to get back where you came from'.

"Her sister burst into tears because she was so shocked, and she [the older woman] burst into laughter."

Adelaide seen to be the most unaccepting city

Across all of the cities involved in the project, the researchers found stories from Adelaide to be the most distressing.

"It has a less multicultural community, it's a less international community, and I think there's not the kind of cosmopolitan consciousness that requires understanding social difference," Professor Hickey-Moody said.

One Muslim woman in the Adelaide focus group burst into tears as she recalled the moment another women came right up to her face and yelled at her to "get out of here".

Another Adelaide woman said her son was on the bus when two men hopped on and said "let's slay them all" as they drove passed the local mosque.

Dr Samia Al Haque has been living in Adelaide for the past six years, and while most of her life there was free of racism there was an incident she could not forget when she went to take her English literacy test.

"One of the men [doing identity checks] commented on how I dressed," she said.

"He said [rudely] 'I don't understand why you Muslim women dress like this'. I was actually wearing a formal dress with a cardigan on top.

"It really disturbed me. I could feel my ears go red and my face flushing. I did cry later on, after I came home."

Al Haque escalated the incident, was refunded her money and received a written, formal apology.

Rahmotollah Ahmadi moved to Tasmania when his refugee family were accepted into Australia.

He said he and his wife were verbally abused several times while walking, and his friends had been egged on a different day.

"It's very sad and depressing. They told us before we came to Australia [that] you are free to follow any religion. It's your right," Mr Ahmadi said.

Moroccans Rally against Normalization with Israel

Racial Grudges Have Major Role in Tensions among Nations: Cleric

Palestinian Man Succumbs to Injuries from Israel’s Aggression on Gaza