General
News ID: 3469251
TEHRAN (IQNA) – Iraqi Popular Mobilization Units (PMU), known as Hashd al-Shaabi, blamed Israel on Sunday for raids by unmanned aircraft which they said killed at least one of their fighters near to the Syrian border. 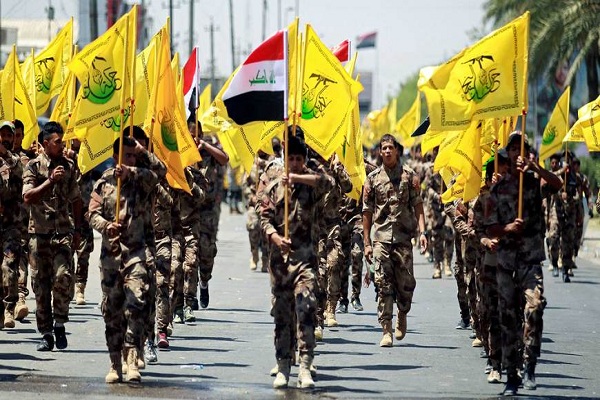 The strikes took place 15 km (9 miles) away from the border, said a statement from the PMU.

It said one fighter was killed and another seriously wounded, Reuters reported.

The PMU said two unmanned aircraft had carried out the attack. It accused the United States of providing air support to Israel for the strikes.

A security source said there were two airstrikes, one of which struck the headquarters of a local brigade, while the other struck a convoy of cars leaving the building.

The attack, which took place in the afternoon, happened after a series of explosions in recent weeks at weapons depots belonging to the popular group.