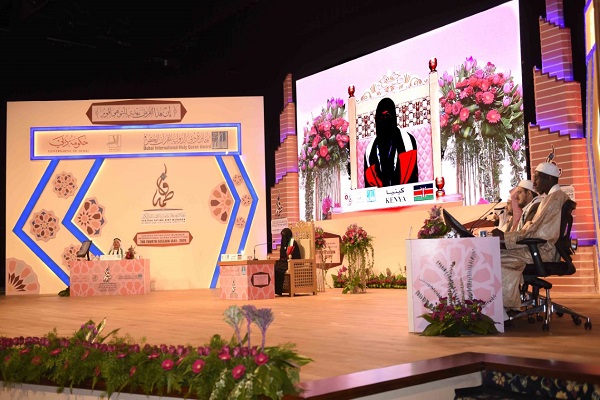 Representatives of Kenya, Democratic Republic of Congo, Algeria, Rwanda, Nigeria and Guinea Bissau went on the stage on Sunday morning.

Those who answered the questions raised by the panel of judges in the afternoon session were from Palestine, the Comoros Islands, Bangladesh, Republic of Guinea, Tunisia and Maldives, WAM news agency reported.

The six Quran experts forming the panel of judges are from the UAE, Saudi Arabia, Egypt, Iraq, Senegal and Bahrain.

The 4th edition of the international Quran competition for women in Dubai, titled Sheikha Fatima Bint Mubarak, got underway on Saturday.

Representatives of 68 countries are competing in this edition of the international Quran contest, which will run for a week.